Bella Thorne is the latest star speaking out about sexual assault in Hollywood Time. 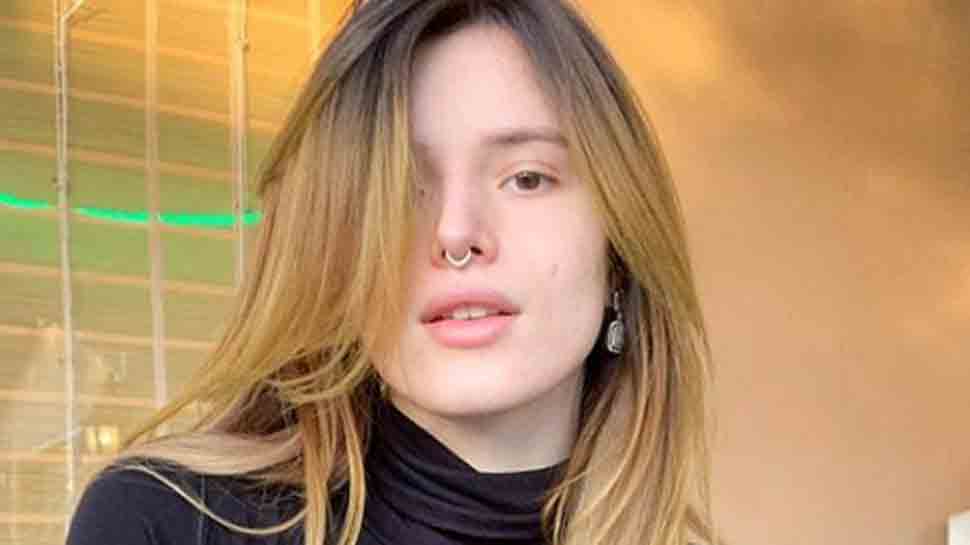 Bella Thorne posted a bunch of topless photos to her Twitter account Saturday, saying it was to thwart a hacker.

"For the last 24 hours I have been threatened with my own nudes," she said with the images and screenshots of text messages with the alleged hacker. "I feel gross. I feel watched, I feel someone has taken something from me that I only wanted one special person to see."

She said she was releasing the pictures because "it's MY DECISION" and "NOW U DON'T GET TO TAKE YET ANOTHER THING FROM ME."

A day later, the 21-year-old actress talked with The Hollywood Reporter, saying that even though she's still mad, she thinks the alleged hacker is a juvenile, so she's trying to be understanding.

She told the outlet Sunday that he "sounds like he’s 17" and that she wants to teach him a lesson.

"He’s still a kid and we make mistakes, this mistake is a bad one," she said. "But I don’t want some 17-year-old's whole life ruined because he wasn’t thinking straight and being (an idiot)."

She added, "Plus, he’s obviously smart so if he got on the right side of the tracks he could actually possibly help our community and be an alliance. You can’t always tear someone down for their bad sides but more so build up their good sides.”

"I can sleep tonight better knowing I took my power back," Thorne wrote in the initial Twitter post. "U can't control my life u never will."

The former Disney star revealed in January 2018 that she was sexually abused as a child.

Thorne is not the first celebrity whose private photos were hacked. Jennifer Lawrence, Rihanna, Kate Upton and others were hacked in 2014.