Farhan Akhtar and ladyove Shibani Dandekar's latest picture is so full of love!

Farhan Akhtar and Shibani Dandekar are seen hanging out at popular restaurants in and around the city, setting rumours mills on fire about their alleged link-up. 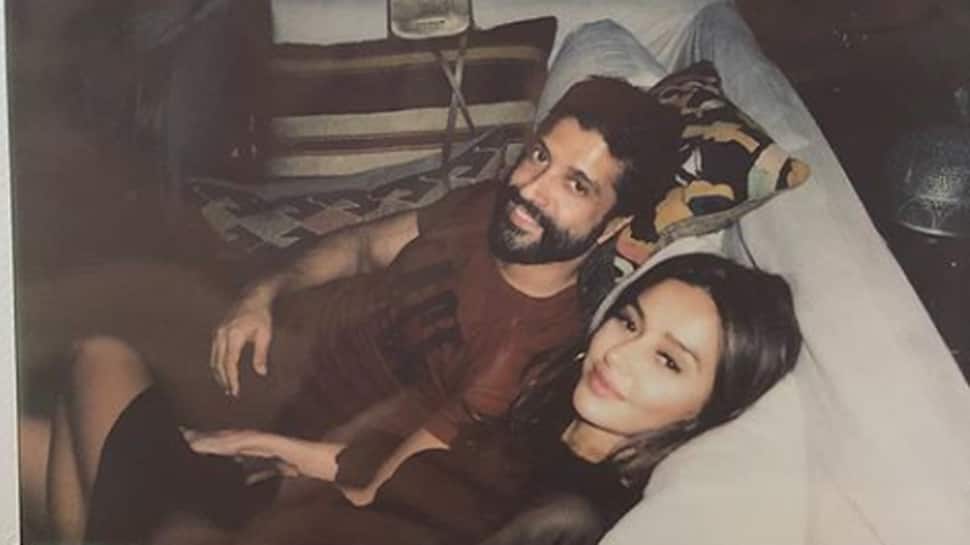 New Delhi: The multi-talented writer turned director-actor Farhan Akhtar's personal life hogs the limelight more often than not. He is rumoured to be dating VJ-model and host Shibani Dandekar. And we must say that the duo looks fab together.

Both Farhan and Shibani have not really spoken about their relationship status in public yet buzz about them being a couple has often made it to the headlines.

Recently, the fashionable duo shared the same picture on Instagram. And we must say that they only have eyes for each other in the photo shared. The black and white lovey-dovey snap got a fun caption from Farhan which reads: Who needs a toothpaste brand when we have each other..!! @shibanidandekar #youmakemesmile

Who needs a toothpaste brand when we have each other..!! @shibanidandekar #youmakemesmile

Farhan Akhtar and Shibani Dandekar are seen hanging out at popular restaurants in and around the city, setting rumours mills on fire about their alleged link-up.

On the work front, Farhan was last seen in 'Margarita With A Straw' fame filmmaker Shonali Bose's next 'The Sky Is Pink' starring Priyanka Chopra and Zaira Wasim. Next, he will be seen in 'Toofan', where he plays a boxer on-screen.