Kartik Aaryan on marriage plans: Have to ask mummy

Actor Kartik Aaryan, who next will be seen in "Pati, Patni Aur Woh", says he has no time for love and as of now his sole focus is on his film career. 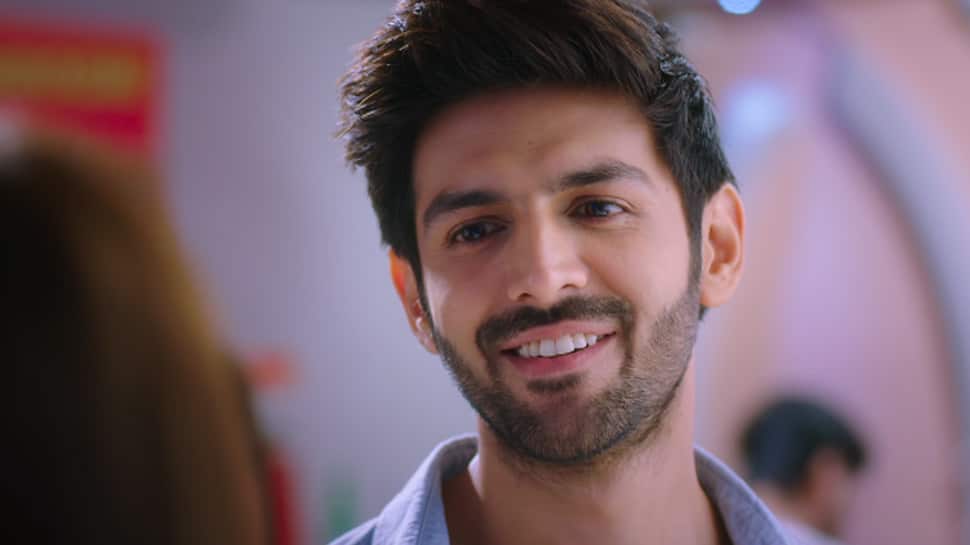 Mumbai: Actor Kartik Aaryan, who next will be seen in "Pati, Patni Aur Woh", says he has no time for love and as of now his sole focus is on his film career.

"I have to ask this to my mummy. Now, I am focusing on my career," he said.

His next film "Pati, Patni Aur Woh" is incidentally a comedy based on marital tension that happens when a man, played by Kartik, starts cheating on his wife.

"We will soon release the trailer of the film," the actor informed. Kartik and his co-stars of the film -- Bhumi Pednekar and Ananya Panday -- unveiled the film's posters on Wednesday.

The actor interacted with the media at the launch of designer duo Abu Jani and Sandeep Khosla's bridal collection, along with Ananya and Bhumi.

Later in the day, the trio walked the ramp in weddingwear, turning showstoppers for Abu Jani and Sandeep Khosla, reflecting their characters in the film.

Kartik walked the ramp in a white kurta-churidaar paired and a pink sherwani with mirror work. Bhumi took to the ramp twice, once in a traditional purple and pink lehenga and again in a peach lehenga paired with a dupatta. She plays his wife in the film.

Ananya, who plays Kartik's girlfriend in the film, was a contrast in a quirky butterfly-themed top and a graphic skirt. She walked the ramp again in a similar white outfit.

The film is based on BR Chopra's 1978 comedy drama of the same name, which featured Sanjeev Kumar, Vidya Sinha and Ranjeeta Kaur in the lead roles.