She is now seen as the lead actress of "Barot House", a new ZEE5 original film. 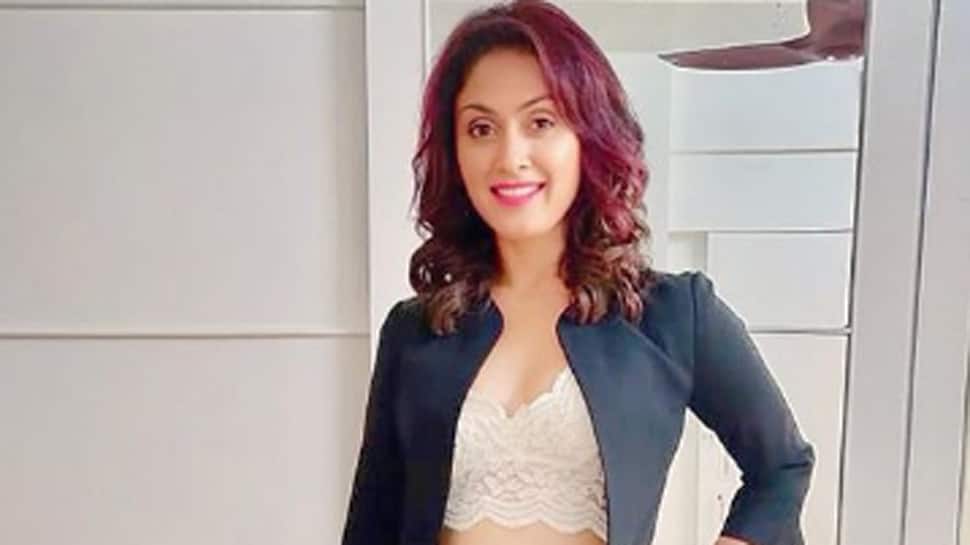 New Delhi: Not many remember, but actress Manjari Fadnnis had started off as a contestant in a singing-based reality show in 2003. The singer in her is still alive and kicking. The "Jaane Tu... Ya Jaane Na" actress says she has been silently working on her musical skills and has already recorded two original singles.

"Music and singing have been major parts of my being since I was three years old. It's just that acting has been my sole focus ever since I signed my first film. Music has been on the backburner for all these years," Manjari told IANS.

Manjari has also recorded two original singles with some "very talented composer friends of mine which I'm pitching to music labels. I will share it with my lovely audience soon enough".

She is now seen as the lead actress of "Barot House", a new ZEE5 original film. The focus of the gripping thriller is mostly on father and son. On what made her take up the web film, she said: "The script of the film. The moment I heard it's based on a true story and I read about the incident, I knew I had to be a part of it."

Another reason she wanted to work in the film was its director Bugs Bhargava.

"As soon as I met Bugs, our director, and the way he narrated a couple of scenes to me, I immediately knew this is a director I want to be guided by on a film. Bugs' vision was phenomenal," said Manjari.

"I'd love working on films focused on my character, but that's not the criteria on which I choose my projects. I knew 'Barot House' is mostly focused on father and son, but a story like this would never be complete without showing the catharsis of the mother. I saw the strength in the character of Bhavana Barot, an opportunity to push myself as an actress in probably the most complex character I've played till date, while being a part of a worthwhile project."

The roles was physically and mentally exhausting for her.

"This is a film where we had to constantly remain in the zone of the emotion. This film needed me to revisit certain emotional memories which I never wanted to go back to. I had made a playlist of some really blue songs and instrumentals playing constantly," she said.

She took up the role of a mother for the project and she has no fear of getting typecast.

"Times have really changed now, so has our industry, our audience and our filmmakers. I feel extremely lucky that I'm in this industry at a time where the new-age filmmakers are no longer limited in their vision while casting.

"Just because you have played a particular kind of role, doesn't mean that they will cast you only in that. Besides, it will be so boring for the audience to keep watching a particular actor in same kind of roles. The only thing that has happened after playing this role is that I have got an opportunity to show my range as an actor.

"I sincerely hope and look forward to being offered more challenging, interesting and complex characters to chew on."