Priyanka Chopra, Nick Jonas look straight out of a fairytale at Cannes 2019—Pics

Priyanka and Nick walked the red carpet of Cannes are looked straight out of a fairytale! 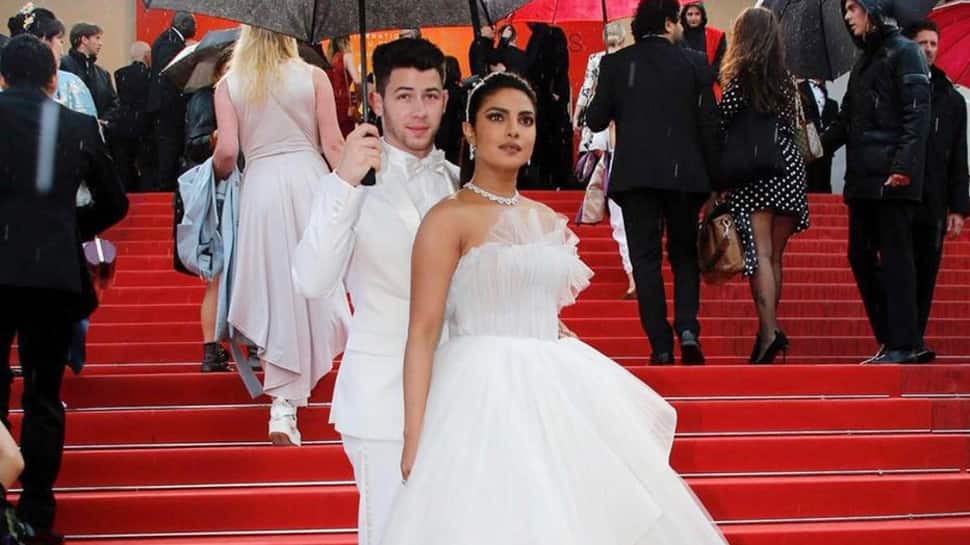 New Delhi: Power couple Priyanka Chopra Jonas and Nick Jonas are at the prestigious Cannes Film Festival that will conclude on May 25th. Actors from all around the globe are attending the event and social media is full of visual treats at this time of the year!

Priyanka and Nick walked the Cannes red carpet recently and looked straight out of a fairytale. Pee Cee was dressed in a white gown and accentuated her look with a diamond necklace and earrings while her husband Nick walked by her side in a white suit.

They look adorbs together! Several other pics of the couple have also been going viral and these two are giving out major couple goals at the French Riviera!

Priyanka's debut look at Cannes was a glitzy affair as she chose a black, sparkling gown with minimum accessories. The actress had that million dollar smile on her face as she posed for the shutterbugs and shared pics on Instagram.

Pee Cee and Nick also attended the Met Gala together this year and grabbed attention in their quirky, super stylish outfits.

Not a big believer of Bollywood music: Baba Sehgal