Ahil sits on his nanu Salim's back for a ride as Salman walks by the duo's side. 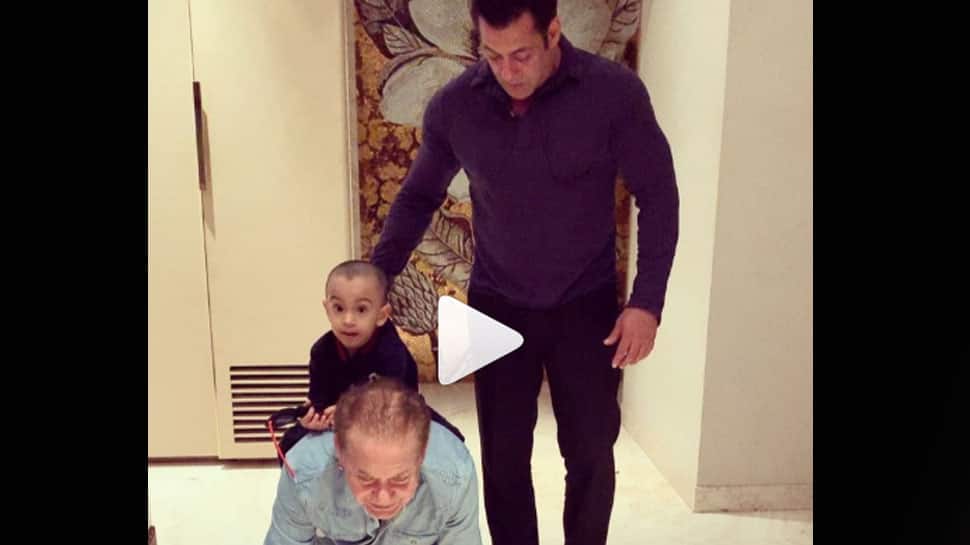 New Delhi: Superstar Salman Khan's sister Arpita Khan Sharma is an avid social media user and often shares pics and videos of her little son Ahil that are too cute for words. Arpita's latest Instagram post has Ahil sitting on his nanu Salim Khan's back for a ride. Salman walks by the duo's side, supporting the little munchkin so that he doesn't fall off.

Check out the adorbs video here:

For the unversed, Arpita is married to Aayush Sharma who made his Bollywood debut with 'LoveYatri' last year. The film also marked Warina Hussain's foray in the industry and had been produced by Salman under the banner of Salman Khan Films.

Aayush and Arpita got married on November 18, 2014, in an extravagant ceremony at the Falaknuma Palace in Hyderabad. The couple welcomed their son, Ahil, in March 2016.

Coming to Salman, the actor will be seen in 'Bharat' along with Katrina Kaif. The film is being helmed by Ali Abbas Zafar and has an ensemble star cast with the likes of Disha Patani, Nora Fatehi, Tabu, Sunil Grover, Varun Dhawan and Aasif Shaikh in pivotal roles.

'Bharat' hits the screens on June 5 this year.