Bankers and industry leaders Tuesday welcomed the move to demonetise the Rs 500 and Rs 1,000 notes as "a bold and revolutionary" step, and affirmed their commitment to smoothen the transition. 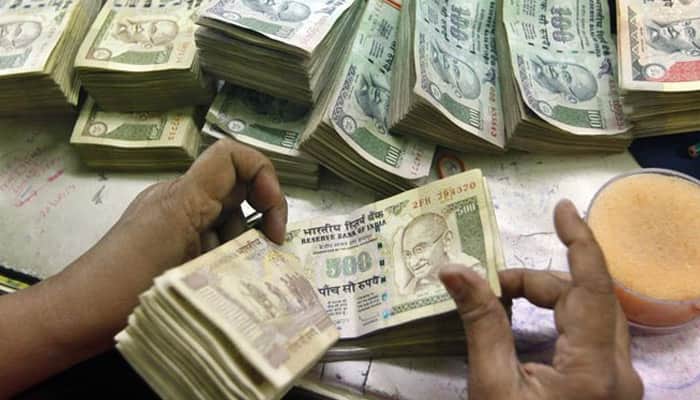 Mumbai: Bankers and industry leaders Tuesday welcomed the move to demonetise the Rs 500 and Rs 1,000 notes as "a bold and revolutionary" step, and affirmed their commitment to smoothen the transition.

"We will strive to restock ATMs at the earliest and make them operational. The Government has given enough exemptions to ensure urgent needs are met. We will work round the clock to ensure that customers have a smooth experience," State Bank of India Chairperson Arundhati Bhattacharya said.

She said the banking system has handled such demonetisation in the past as well and will do so again this time. Banks will be closed tomorrow to withdraw existing Rs 500 and Rs 1,000 notes from counters and ATMs (automated teller machines).

ICICI Bank chief Chanda Kochhar said, "it's perhaps the most significant move ever taken to curtail the parallel economy. It will give a sharp boost to all formal channels of payments which in turn will help the formal economy to grow at a faster clip in the long term."

"It is a big reform which no one expected and will have a huge impact on people who are hoarding money and not disclosing money for tax purposes," mortgage major HDFC Chairman Deepak Parekh said.

He said the realty sector, which depends a lot on cash transactions, may be impacted and construction activity can also slow down, but underlined that it is a pain worth taking in the short term for long term gains.

Mahindra Group Vice-Chairman Anand Mahindra tweeted, "success required an element of surprise and its incredible that this master stroke was kept confidential."

In a lighter vein, he added: "Urgent message to anyone who robbed a bank tonight: You just got robbed..."

Sajjan Jindal of JSW Group termed the move as an "amazing and very brave step to curb black money." He also complimented Prime Minister Narendra Modi, who made the announcement on demonetisation of Rs 1,000 and Rs 500 notes in a televised address to the nation, for the bold step.

Nirmal Jain, Chairman of leading NBFC IIFL, said the move "is a very powerful measure to curb black money. The Prime Minister has kept his promise of taking stern measures against black money. It was done some 30 years ago and since then a huge build up of unofficial money had happened.

On the larger impact of the move, he said it will have deflationary impact in general and more specifically on real estate prices and make homes affordable. It is also indirectly a boon to honest tax payers.

HDFC Vice-Chairman Keki Mistry termed the decision as "a bold" one which can go a long way in containing black money, though effective implementation in the short term may be a challenge.

Mistry of HDFC said if handled properly, it can unearth huge volumes of black money which can help bridge the fiscal gap as the Government's revenue collections can go up.

"There cannot be a better move and India will see its results. The rupee will become strong and I have a strong feeling there will be investment in growth in the right direction," he said.

"The government has taken a measure aimed at the heart of the black cash economy. CII congratulates the Prime Minister and the government for this step. Not only is the measure important but it requires extensive preparation for effective execution," he added.

"There may be some inconvenience to general consumers in short-run, however, this inconvenience is worth for long- term gain," he said.

PayTM founder Vijay Shekhar Sharma, whose company offers the much-needed alternative for the cash economy, said it is the "best move" which will boost digital payments.

Veteran investment banker Vallabh Bhansali termed this as the "third freedom struggle" after the Independence movement and the liberalisation of 1991, and a voluntary disclosure scheme in disguise. He also described it as a "revolutionary" step.

Indiabulls Housing Finance Vice-Chairman Gagan Banga said, "it's very good for housing finance companies as the element of cash will go down and demand for formal credit will increase."

Payments Council of India Chairman Naveen Surya described te move as extremely bold and much needed step "to cure us from disease of cash in our society".

CJ George, Managing Director of Geojit BNP Paribas, described this as the creation of Swachh Bharat in one stroke of a pen.

MP Ahammed, Chairman of Malabar Gold, dubbed it as a bold and decisive step towards a cashless economy."

Banks to be closed on Wednesday, ATMs may not work too