The politics in Punjab gets murkier as state Congress chief leader Navjot Singh Sidhu and former Chief Minister Amarinder Singh engage in a 'war of words'. 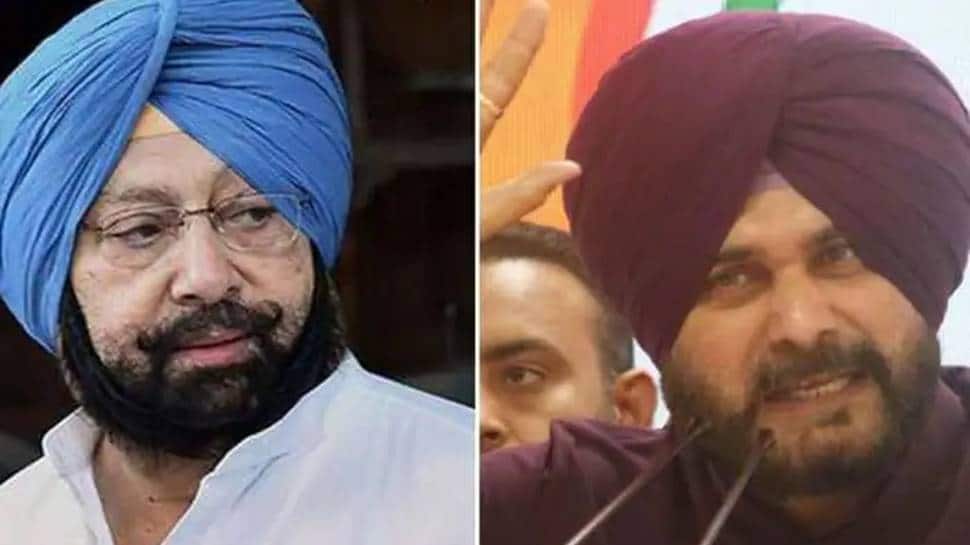 Chandigarh: Punjab Congress leader Navjot Singh Sidhu on Thursday called Amarinder Singh the "architect" of the Centre's three farm laws, drawing a sharp reaction from the former chief minister who dubbed the ex-cricketer a "fraud and a cheat".

Sidhu's remark came two days after Amarinder Singh said he would launch his own political party and that he was hopeful of a seat arrangement with the BJP, provided the ongoing farmers' stir against the farm laws was resolved in the agriculturists' interest.

Amarinder Singh, who had faced an unceremonious exit from the state government last month, had also said that he was also looking at an alliance with like-minded parties such as breakaway Akali groups.

"The architect of three black laws? Who brought Ambani to Punjab's kisani? Who destroyed Punjab's farmers, small traders and labour for benefiting one-two big corporates," Sidhu tweeted on Thursday in an apparent reference to farmers' allegations that big corporates will dictate terms to agriculturists with the passage of these laws.

Sidhu also uploaded an old video of Amarinder Singh in which he was heard talking about some vegetable crops under a field-to-fork programme.

Reacting to Sidhu's tweet a few hours later, the former chief minister told him, "What a fraud and cheat you are!"

"You're trying to pass off my 15-year-old crop diversification initiative as connected with #FarmLaws against which I'm still fighting and with which I've linked my own political future," said Amarinder Singh as quoted by his media advisor in a tweet.

"It's obvious @sherryontopp you're clueless about Punjab's and its farmers' interests. You clearly don't know the difference between diversification and what the #FarmLaws are all about. And yet you dream of leading Punjab. How dreadful if that ever happens," he said.

Further taking a swipe at Sidhu, Amarinder Singh said that it was hilarious that he chose to post the video at a time when the Punjab government was going all out to promote its upcoming Progressive Punjab Investors' Summit. "Or are you opposed to that too," he asked the former cricketer.

The Charanjit Singh Channi-led government will hold the investors' summit on October 26 and 27.

Amarinder Singh had resigned as the Punjab chief minister last month amid a bitter power tussle with Sidhu. Channi replaced Amarinder Singh as the CM.

Hundreds of farmers, mostly from Punjab, Haryana and Uttar Pradesh, have been camping at the Delhi borders since November 26 last year, demanding the repeal of the three new farm laws.