Google celebrated the 971st birthday of renowned Persian mathematician, philosopher, poet and astronomer Omar Khayyam with a doodle on Saturday. 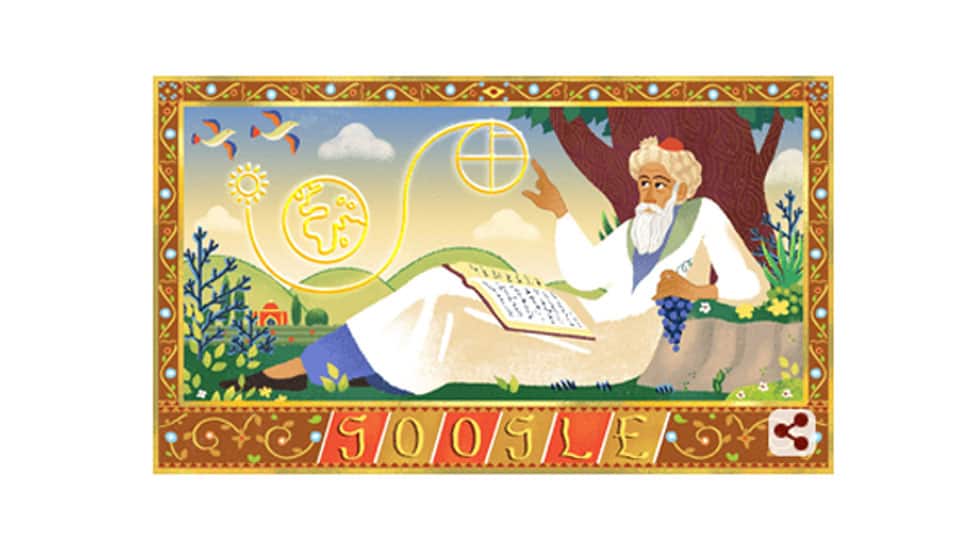 Google celebrated the 971st birthday of renowned Persian mathematician, philosopher, poet and astronomer Omar Khayyam with a doodle on Saturday.

Born on May 18, 1048, in northeastern Iran's Nishapur, Omar Khayyam is notable for several mathematical and scientific discoveries. He was the first to create a general method for solving cubic equations, where he provided geometric solutions by the intersection of conics.

Another major contribution includes the Jalali calendar, a solar calendar he devised with a near-precise 33-year intercalation cycle. This later became the base of several other calendars.

Omar Khayyam was also famous for his poetry and verses. He wrote more than a thousand 'Rubaiyat' or verses. 'Rubáiyát of Omar Khayyám', a section of work translated by Edward Fitzgerald, became popular in the West centuries after his death.

One of the most renowned scholars of his time, Khayyan worked as an advisor and court astrologer to Malik Shah I in Khorasan province.

Khayyam also made major contributions in algebra, including penning down 'Treatise on Demonstration of Problems of Algebra'. He also discovered Pascal's triangle and a triangular array of binomial coefficients. He also wrote 'Problems of Arithmetic', a book on music and algebra.