After the approval by the IOC Session, the four elected athletes will become IOC members for an eight-year term of office. 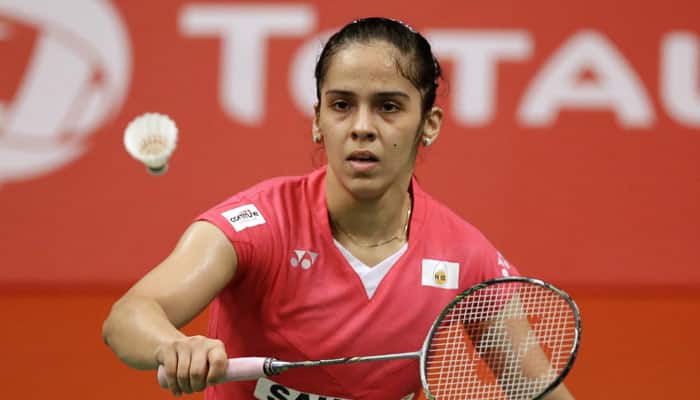 Lausanne: Indian badminton star Saina Nehwal will be among 24 top sportspersons from across the world standing for elections for the four seats in the International Olympic Committee's Athletics Commission to be held during the Rio Olympic Games next August.

All athletes participating in 2016 Rio Games will be eligible to vote.

"The IOC Executive Board today approved the candidatures of 24 athletes for the IOC Athletes' Commission elections, which will be held during the Olympic Games Rio de Janeiro 2016 next August," the IOC said in a statement.

"Candidates come from all continents and are representing 14 different sports with an equal number of men and women.

This great outcome owes much to the Olympic Agenda 2020 reforms which have put a greater focus on athletes and the central role they have to play within the IOC and the Olympic Movement," it said.

"Four seats on the Commission will become available in 2016, with current members Claudia Bokel, Dae Sung Moon, Alexander Popov and Yumilka Ruiz Luaces finishing their terms of office next summer," it added.

After the approval by the IOC Session, the four elected athletes will become IOC members for an eight-year term of office.

Viswanathan Anand back in business after crushing Veselin Topalov in London