Denmark`s Caroline Wozniacki battled back after a mid-match slump to beat Angelique Kerber of Germany on Friday and book a place in the semi-finals of the Pan Pacific Open. 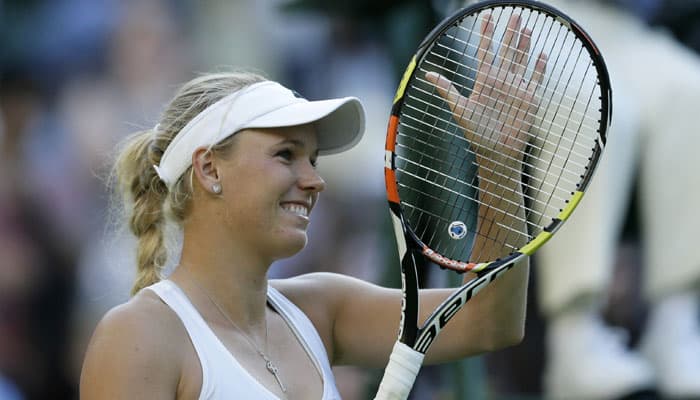 Tokyo: Denmark`s Caroline Wozniacki battled back after a mid-match slump to beat Angelique Kerber of Germany on Friday and book a place in the semi-finals of the Pan Pacific Open.

Needing some strong results on the Asian swing to force her way into next month`s WTA Finals, Wozniacki reached the last four with a 6-2 2-6 6-3 win over Kerber, who had won three of their last four clashes.

"It was a tough match -- it always is when I play Angelique," said Wozniacki, who won the Tokyo event in 2010 and was runner-up last year.

"I started off well in the first set. I was playing well, and she was making quite a few errors. Second set it turned around, but it was competitive towards the end, and in the third set I thought we both played at a really high level."

The defending champion, Serbia`s Ana Ivanovic, was knocked out in Friday`s quarter-finals by Dominika Cibulkova, losing 7-6 (5) 6-3 to the Slovakian.

Cibulkova will play the 2011 Pan Pacific champion, Agnieszka Radwanska after the Pole overcame big-hitting Karolina Pliskova of the Czech Republic 7-5 6-2.

"My hands are a bit sore returning those 190km serves, but I`m good and ready for the next one," said Radwanska.