Tamil Nadu has been on high alert since midnight Thursday following intelligence inputs that six terrorists had infiltrated into the state. 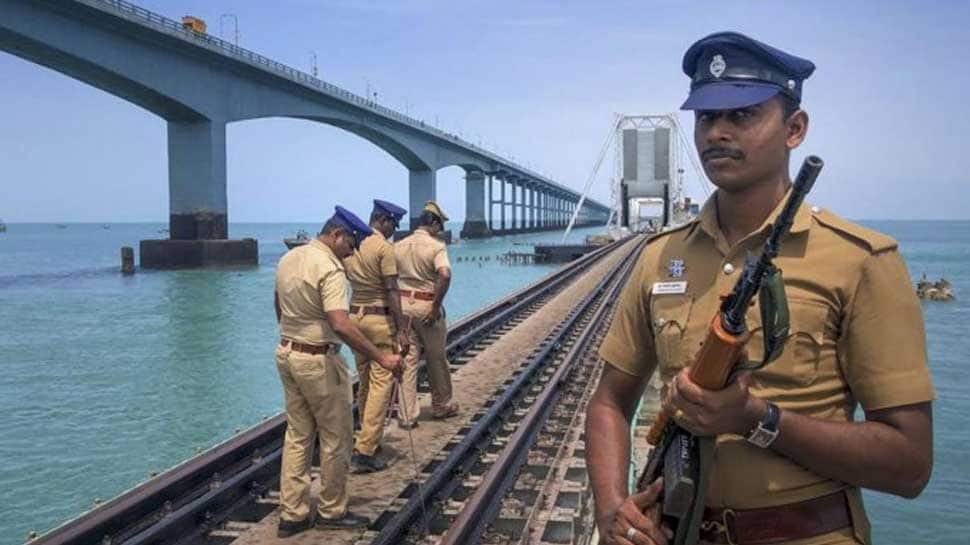 CHENNAI: A high alert has been sounded in Tamil Nadu and security has been tightened across all major cities following intelligence warning that a group of terrorists, believed to be associated with Pakistan-based Lashkar-e-Toiba, had infiltrated into the state via sea route.

The intelligence report suggested that at least six terrorists infiltrated into the state by sea from Sri Lanka and moved to different cities, including Coimbatore.

As a precautionary measure, security has been stepped up at many places, including airports, railway stations, bus stands and places of worship across the state.

An alert has also been sounded, especially in coastal districts, to prevent any further possible intrusion, the police said.

One Pakistani and five Sri Lankan Tamil Muslims are among the six terrorists who have made their way into the state.

The Pakistani terrorist has been identified as Illyas Anwar.

According to the warning, the men are likely to have disguised as Hindus "with tilak/bhabuti smeared on their foreheads".

As a result of the intelligence warning, patrolling has been increased across the Coimbatore district.

Vehicle checks have been intensified in the city and border areas, the police said.

An alert sent to all city police commissioners and SPs asked the state police force to be on maximum alert.

A K Viswanathan, Chennai Police Commissioner, said, ''Police are on heightened alert to avoid any untoward incidents. Storming operations are also in progress.''