The PM also outlined his recent speech at the UNGA where he had invoked three-Millenium old Tamil poet and philosopher Kaniyan Poongundranar and called Tamil as the oldest language of the world. 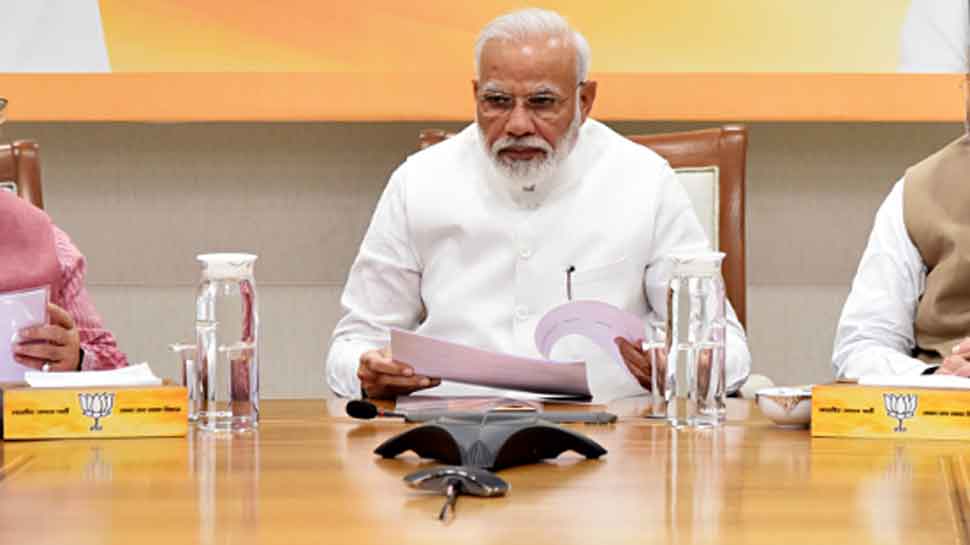 Upon his arrival at the airport, PM Modi was greeted by Tamil Nadu Governor Banwarilal Purohit along with other dignitaries. A large number of supporters gathered at the airport to welcome the Prime Minister, who also took a brief halt to address the gathering.

The crowd erupted in loud cheer as Modi greeted them in Tamil, before switching to Hindi and making a short speech. "Vanakkam! I am delighted to get back to Chennai. This is my first visit here after 2019 Lok Sabha elections. I came here for the IIT-Madras event but I feel so happy to be welcomed by a mammoth gathering here. I'm very grateful," said Modi while interacting with his supporters.

Prime Minister Modi also outlined his recent speech at the UNGA where he had invoked three-Millenium old Tamil poet and philosopher Kaniyan Poongundranar and called Tamil as the oldest language of the world.

"When I was staying in America, I spoke in the Tamil language once and told everyone that this is one of the ancient languages. Even today, the Tamil language echoes in entire America. During my visit to America, I realized that the entire world has a lot of expectation from India. So, it becomes our responsibility to bring progress, in a speedy manner. We must work for the welfare of our country and this work won't cannot be done just by the government sitting in Delhi but it will be made possible by the help of 130 crore citizens of this country," he added.

Stressing on the need to abandon single-use plastic, PM Modi stated that he had never spoken about India becoming 'plastic-free', however, the aim is to get rid of the single-use plastic. "On the 150th birth anniversary of Mahatma Gandhi on October 2, we all will be launching a padayatra to make people aware of Gandhi Ji's principles and ideas," he said.

PM Modi will address the 56th annual convocation of Indian Institute of Technology (IIT) Madras in Chennai. He will later participate in the prize distribution ceremony of Singapore-India Hackathon and do a walkthrough of the exhibition on IIT-Madras research park start-ups here.