Chinese clones of Apple Watch Series 7 are up for sale even before official launch: Report

The design of the Watch Series 7 resembles with the previously leaked CAD renders of the next-gen Apple Watch. 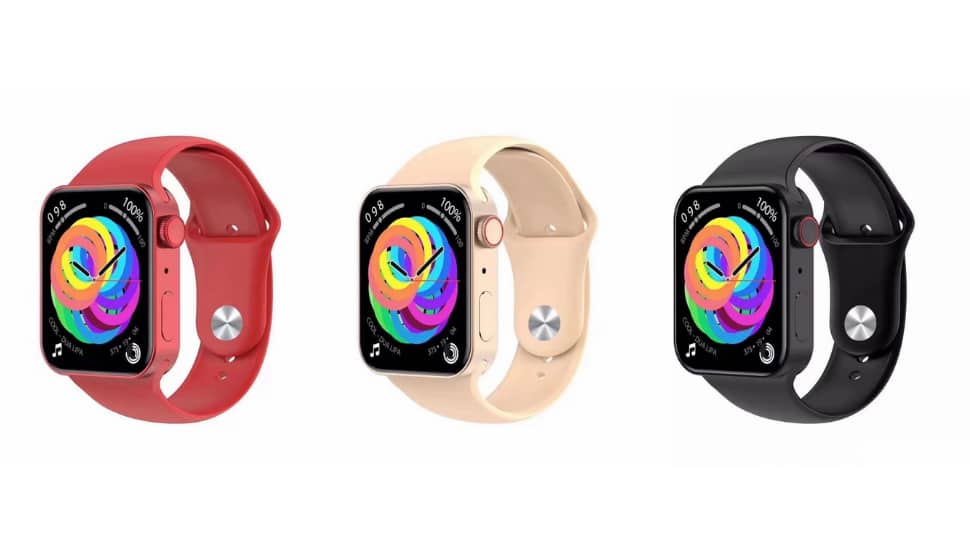 New Delhi: Apple is reportedly planning to launch a new Apple Watch this year and now images purported to be a counterfeit of the upcoming Watch Series 7 models have been shared online, giving a closer look at the device`s expected redesign.

The images shared by a Twitter user @MajinBuOfficial and they show the knock-ff Watch Series 7 in space gray, silver and space black colours.

The design of the Watch Series 7 resembles with the previously leaked CAD renders of the next-gen Apple Watch. It is expected that the Apple Watch will use a square edge much like those of the iPhone 12 lineup, iPad Air, iPad Pro, and 24-inch iMac.

Majin Bu also mentioned that these Apple Watch Series 7 clones will sell for around $60 in China.

Watch Series 7 is expected to come in larger 41mm and 45mm case sizes, replacing the current 40mm and 44m options offered since the Apple Watch Series 4. Upcoming Apple Watch is expected to feature smaller bezels and a flat-edged design, which would naturally allow for a slightly bigger surface area for the display.

The Apple Watch Series 7 is expected to feature a smaller "S7" chip, potentially providing more space for a larger battery or other components.

This new chipset will be built from Taiwanese supplier ASE Technology. On its website, ASE Technology confirmed that its double sided technology will allow for module miniaturization. Also Read: RBI’s digital rupee trial could begin by December: Governor Shaktikanta Das

The Cupertino-based tech giant is also planning to introduce a new lamination technique that reduces the gap between the display and the cover glass, due to this the overall chassis of the Watch may be slightly thicker. Also Read: Odisha approves Electric Vehicle Policy, state to offer incentives, interest-free loans on EV purchase