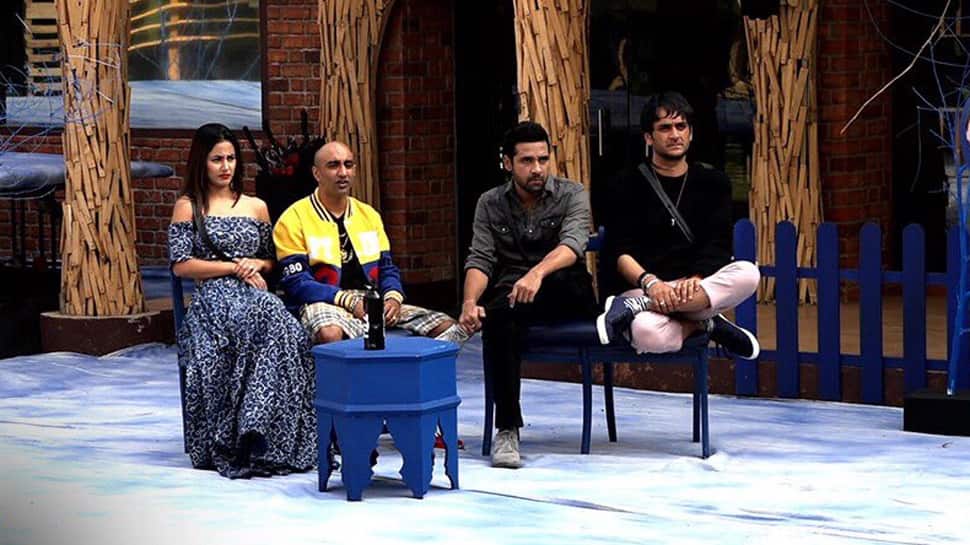 Luv, who pretends to be upset with his friends is seen clearing out stuff with Hina and Priyank. Soon, Priyank and Luv end up getting into a heated argument which Hina tries to end.

Later Bigg Boss announces the nomination special task where the house is divided into two teams—red and blue with a tree full of inmates names hanging from it like big apples placed in between. Team red has Shilpa, Hiten, Priyank and Luv whereas Team blue comprises Hina, Vikas, Puneesh and Akash. Arshi as the captain of the house is given the power to choose her favourites and save them.

She needs to pick one apple with a contestant’s name from either teams and that person will be nominated. Towards the end the team with maximum apples retained on the tree gets into safe zone. All of this happened at the sound of the gong.

Also, Shilpa is seen telling Luv, Hiten and Puneesh that she doesn’t like the way Akash constantly pulls her cheeks and gets touchy. Inmates discuss it while Luv speaks with Akash about it asking him to maintain a distance from her.

Arshi, Puneesh and Akash can be seen chit-chatting about this during night where they discuss how Shilpa is a strong contender in the game and must be ousted by some way or the other.

Akash decides to confront this matter with Shilpa. Arshi, Akash and Puneesh talk about the matter amongst themselves.

Keep reading this space for more updates on Bigg Boss 11.