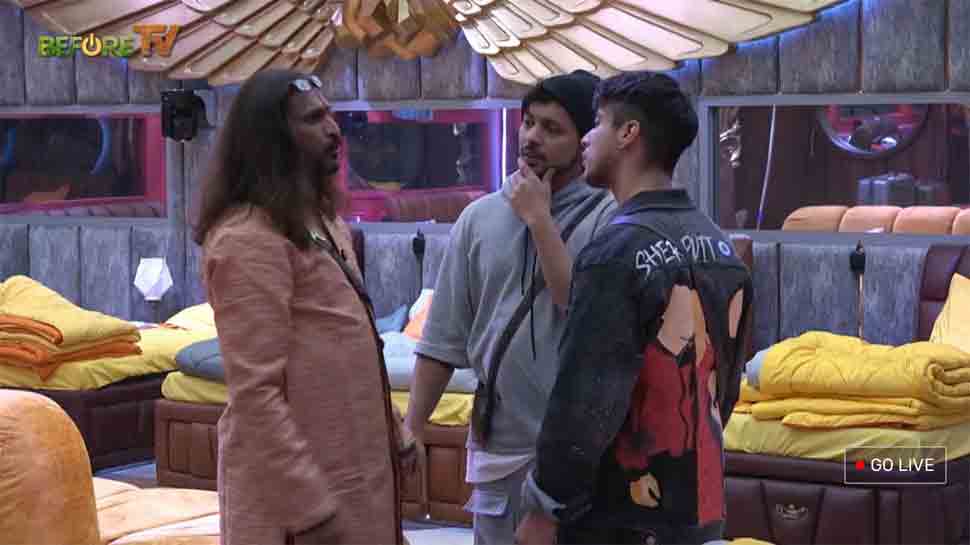 New Delhi: Shamita Shetty tells Rashami that Devoleena has some issues with her and constantly targetting her. She said that they can't be friends. Rashami says that there have been a huge communication gap between the two and she likes the way Shamita conducts herself.

Rakhi Sawant picks up a 'mudda' and tells Rashami and Devoleena to plan something in the house and divide the duties. Rashami Desai locks horns with Pratik Sehajpal after the VIPs assign two tasks - chopping and bedroom cleaning to him. Pratik argues and Rashami tells that the latter had voluntarily asked for full-time chopping duties but he denies it. Pratik tells her she has no brain, where she calls him 'bull wit' (Bael Buddhi)

Karan Kundrra confronts Ritesh and tries to explain to him that his relationship with Tejasswi Prakash is genuine and it has nothing to do with the game. Ritesh argues that he expressed his opinions on the basis of 24 hours he has spent inside the house. Karan tells him that he can't just claim such things on national television. Ritesh agrees.

Rakhi speaks to VishwasunTREE and says she is happy to enter the house as a VIP. Rakhi asks Shamita to speak for herself. She gets into an argument with Rajiv as he asks her to not give her opinion unnecessarily. Rakhi tells Rajiv that he won't be in the kitchen anymore since he ends up spitting in the food. Rajiv objects to it and he gets into a heated argument with Rakhi. Rakhi continues to insult Rajiv with harsh words. Devoleena says she doesn't agree to it as Karan is good with his task in the bathroom. However, Rakhi continues to argue.

Abhijeet Bichukale enters the Bigg Boss house as the fifth wild card. Nishant Bhat is elated to see him in the house and says he has been his fan since Bigg Boss Marathi. Abhijeet introduces himself and says he is a vegetarian. He then picks Umar Riaz's bed. Rakhi provokes him and says he should take the bed he wants as he has entered the house as a VIP. Umar dismisses his demand and says he is not ready to give up on his bed.

Ritesh gets into an argument with Umar for not giving up on his bed for Abhijeet. Umar says he doesn't care about VIP tags and if needed he would throw away everyone's stars. Ritesh asks him to throw his stars and the two fight.