EXCLUSIVE: Khatron Ke Khiladi 11 winner Arjun Bijlani will NOT be a part of Bigg Boss 15!

TV actor Arjun Bijlani was announced the winner of Khatron Ke Khiladi 11 (KKK 11) on September 26, 2021 - Sunday. The host of the show Rohit Shetty handed over the trophy, Rs 20 lakh, and a brand new car to the ultimate winner. 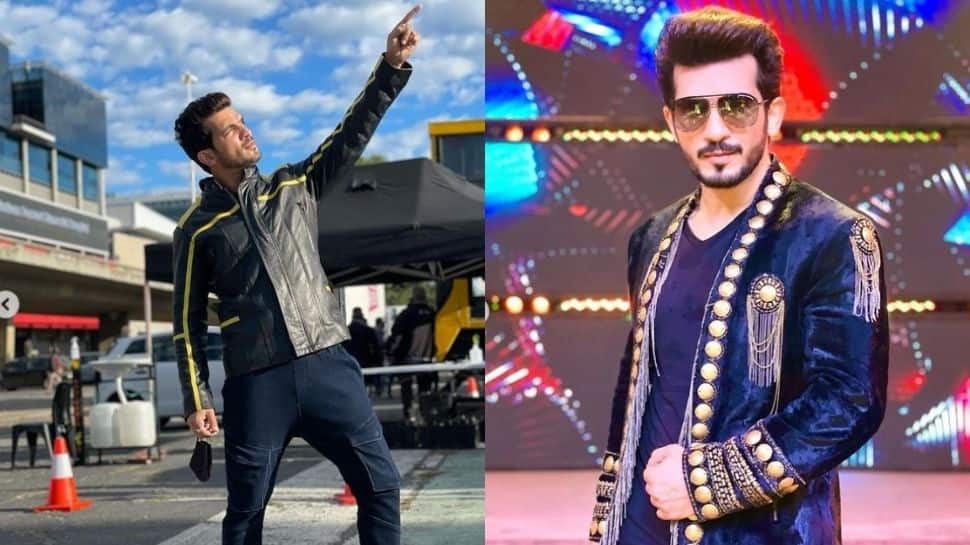 New Delhi: TV actor Arjun Bijlani was announced the winner of Khatron Ke Khiladi 11 (KKK 11) on September 26, 2021 - Sunday. The host of the show Rohit Shetty handed over the trophy, Rs 20 lakh, and a brand new car to the ultimate winner.

During an exclusive interview with Zee News Digital, Arjun shared his experience of being on the show. He spilled the beans on whether he’ll be part of Bigg Boss 15 and reacted to a section of the audience claiming that the actor won the show because he was a 'Colors face'.

Did you expect to win the show?

I’m very very happy.. It was a journey of two months which has been a tremendous journey. Just being a part of Khatron Ke Khiladi was such a big thing. I never knew that I am going to win the show. I knew that I will give my best. Obviously, everyone wants to win the show but winning was not the only agenda, but I also wanted to enjoy my journey and was there to win the hearts and yes, the trophy was the icing on the cake.

What made you say 'yes' to the show?

I said yes this time because earlier whenever I was offered the show there were some other issues with the dates and all. Also, my left shoulder was injured so I was quite scared that the injury should not further increase but this time I had been doing workouts for quite sometime now and so I thought let’s do it now and give it the best shot.

Who was your favourite contestant on the show and why?

Well, everyone did a great job. Divyanka Tripathi has been fab throughout the show. Even Vishal Aditya Singh did a great job. All three of us are winners in some or another way, although only one had to carry the trophy home we all did our best.

There is lot of buzz related to you entering Bigg Boss 15, are you doing the show?

No, I am not doing Bigg Boss 15 as of now. That’s confirmed that I am not doing it because my dates will not match at all. But it’s a great show and I know people love that show and so maybe next year I might be a part of it, you never know and probably people will know me better when they will see me regularly as I am going to be the same throughout my journey.

Post your win, there is a lot of conflict on social media saying that you won the show because you are a ‘Colors face,’ what do you want to say about that?

Well, many people think that I won the show because I am a ‘Colors face’ and all so I want to let them know that it is a stunt-based show and everything is being performed infront of you as everything gets telecasted during the show. And so I have done all the stunts on my own, had faced a lot of electric shocks, have put in all my efforts for this show and it turned out to be the number one show as well and so people should refrain from making such comments. I literally worked very hard for ‘Arjun- The Wild’ as well and so I gave my soul to it and that’s why I won the show.

Tell us about your upcoming projects?

Right now I am shooting for my upcoming web series. There are also few music videos that I’m shooting right now. Other than that, I am also doing a lot of digital campaigns, so yes, my plate is full right now and so I am very happy and want to thank everybody who has been with me throughout my journey of so many years in the industry.