Television actress Rubina Dilaik, who won Bigg Boss 14 trophy, invited the wrath of netizens after a video emerged of her from the Mumbai airport. The actress, apparently ignored a photographer, is currently facing flak for showing attitude after winning the show. The video has gone viral on social media. 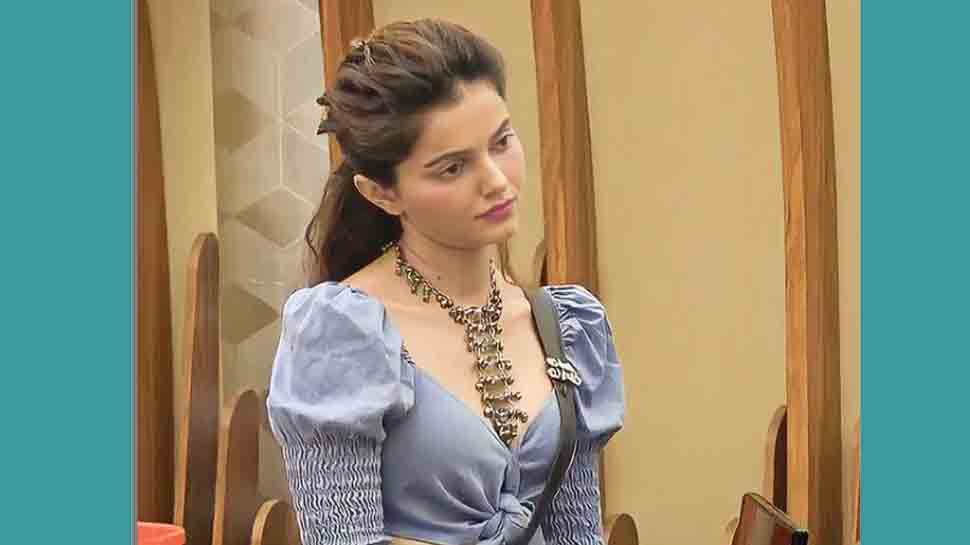 NEW DELHI: Rubina Dilaik landed in hot water with fans after a video emerged featuring the Bigg Boss 14 winner from Mumbai Airport. The 'Choti Bahu' actress was brutally trolled by netizens for apparently and accused of being arrogant towards paps who were taking her pictures after a video of her at Mumbai airport emerged.

Rubina was spotted by the paps along with her sister Jyotika Dilaik at Mumbai airport. She was wearing an off-white jumpsuit with her hair tied into a bun with a scarf. She rounded off her look with giant sunglasses.

In the Instagram video, the actress was seen getting congratulated by a photographer for winning the show who goes on to pop a few questions before her. However, all their attempts to talk to the BB14 winner went in vain as she walked away before flashing a thumbs-up sign at the camera. Amazed at her cold response, the shutterbug asked her if she was upset or angry for not responding to them. However, Rubina responded with a gesture saying goodbye.

Bollywood paparazzo Viral Bhayani shared the video on his Instagram account along with the caption that asked if the actress was angry at paps. Check out the video below:

A section of her fans was angered after watching the video, which has now gone viral on the internet. They resorted to calling her names like 'arrogant' and 'high on attitude' after winning the show. A user wrote, "Very bad behavior at least she can say nai naraj but she is doing behavior like a minister."

Another angry netizen commented, "Itna attitude kyu dikha rhi ho .. jb bigboss main thi tb toh bahot alag thi .. vo sb drama tha kya!! (Why is she showing so much attitude? When she was in Bigg Boss she was different. Was that a facade?)"

Television actress Rubina, who was last seen in daily soap 'Shakti', energed as the winner of the 14th season of Bigg Boss. She took home the Bigg Boss 14 trophy and Rs 36 lakh as prize money.

The 33-year-old actress is married to actor Abhinav Shukla, who was also a contestant in Bigg Boss 14 but got voted out in last week.