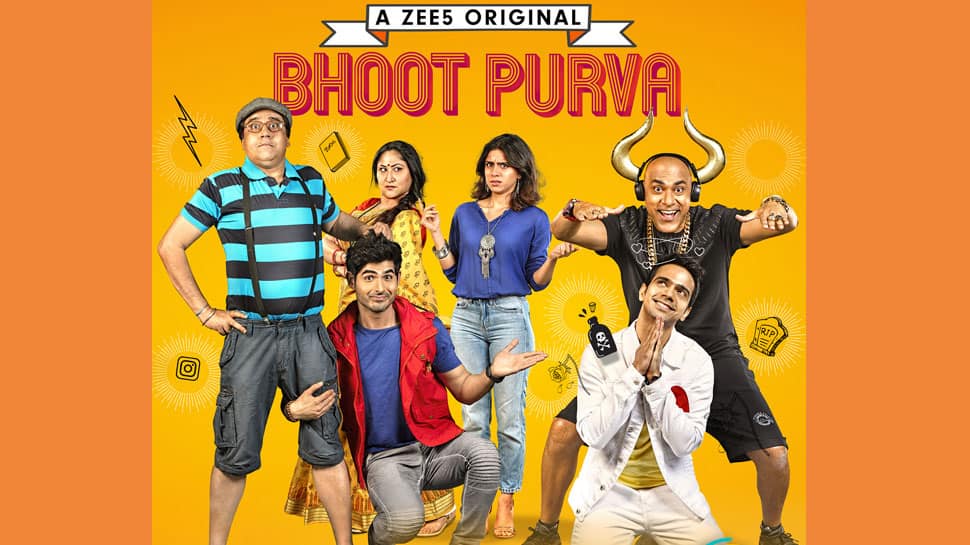 After exploring genres like biopics, thriller, docu-drama, horror, action among others, ZEE5 now introduces Bhoot Purva, a light comedy showcasing the misadventures of a boy and his ghost friend. Starring Omkar Kapoor, Zoa Morani, Rishab Chadha, Manu Rishi Chadha, Jayati Bhatia and Baba Sehgal, the 10-episode series has a string of twist and turns which are perfectly punctuated with humour.

Directed by Zeishan Quadri, Bhoot Purva is the story of a friendly ghost who has returned to fulfil a wish. With a crazy Yamraj (played by none other than Baba Sehgal) for company, can Purva help Araav accomplish his goal?

Sharing his thoughts, Manish Aggarwal, Business Head, ZEE5 India said, “Since inception, we have a range of content available on the platform not just across languages but also genres. Our shows Auto Shankar, High Priestess, Sex, Drugs & Theatre, Abhay, The Sholay Girl to name a few, have been curated carefully to suit consumer needs. Bhoot Purva, a light-hearted comedy, is a step in that direction. It is a genre enjoyed across age-groups and is perfectly timed with the summer break for audiences to binge-watch.”

Talking about the show, Director Zeishan Quadri shared, “Bhoot Purva is a unique story of two friends from different worlds who help each other with their problems. Omkar Kapoor, Rishab and Zoa have done complete justice to their parts and with the experience of Baba Sehgal and the modern twist to his character of Yamraj, Bhoot Purva will undoubtedly be the mass entertainer of the season. We are glad to be presenting it on ZEE5 and hope that people across the world will enjoy this unusual bond of friendship.”

Sharing his excitement, Omkar Kapoor said, “The script of Bhoot Purva was put together with much finesse and I agreed to be part of it, almost immediately. There was roaring laughter throughout our reading sessions and we thoroughly enjoyed shooting the series. I am now looking forward to the audiences watching the show on ZEE5 and I hope they enjoy it as much as we enjoyed putting it together.”

With over 3500 films, 500+ TV shows, 4000+ music videos, 35+ theatre plays and 90+ LIVE TV Channels across 12 languages, ZEE5 truly presents a blend of unrivalled content offering for its viewers across the nation. With ZEE5, the global content of Zindagi as a brand, which was widely appreciated across the country, has also been brought back for its loyal viewers.