The German national reportedly ignored the accused's greetings following which he was pushed to the ground and thrashed. 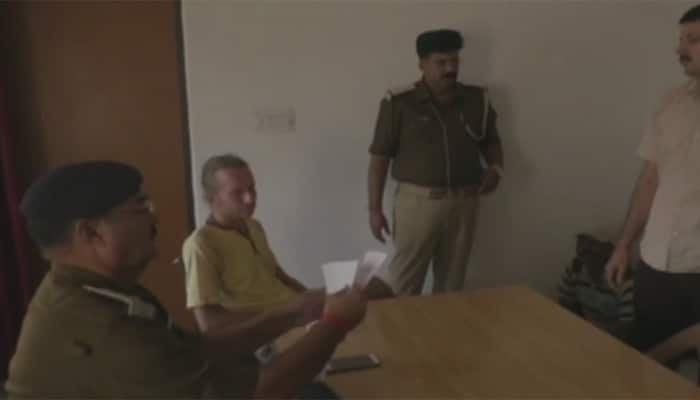 LUCKNOW: A German national was beaten up by a man after he reportedly ignored his greetings at Sonebhadra railway station in Uttar Pradesh.

The victim has been identified as Holger Erik, a native of Berlin.

As per reports, Erik was looking for directions to go to Agori fort when he was approached by accused, Aman Kumar, an electrician, employed by a private company.

The German national didn't respond to him, which reportedly infuriated the accused, who then pushed him to the ground and hit him repeatedly.

The victim was taken to a hospital where he was given medical treatment.

A passerby alerted the cops about the incident following which the accused was taken into the arrest.

Kumar, on the other hand, rejected Erik's allegations of beating him and instead accused the latter of misbehaving with him. "I am innocent, the German national punched me when I said welcome to India to him. He even spit on me," he said.

I am innocent, the German national punched me when i said 'welcome to India' to him. He even spit on me: Aman Yadav,arrested accused pic.twitter.com/PrcO2gudIw

A complaint has been filed against the accused an investigation is underway.