A private bus hit a divider and overturned in the Mainpuri district of Uttar Pradesh on Wednesday resulting in the death of at least 17 people. 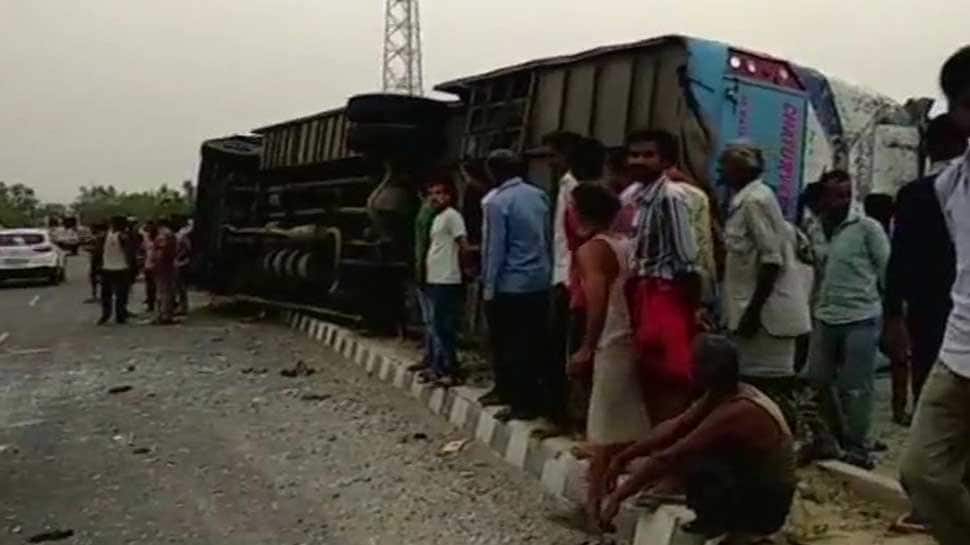 LUCKNOW: At least 17 people were killed and over 35 injured after a private bus hit a divider and overturned in the Mainpuri district of Uttar Pradesh on Wednesday.

According to a preliminary investigation, the bus was moving at a great speed and it collided with the divider as the driver lost control over it. The bus overturned due to the collision, resulting in the death of several people. The driver, however, survived and is currently being treated at the hospital. The driver's statement will be recorded later.

The death toll is likely to go up.

17 dead, more than 35 injured after a private bus hit a divider and overturned near Mainpuri pic.twitter.com/ySVQzf43TQ

The officials of the local administration and police have reached the accident site to help the victims.

Meanwhile, Uttar Pradesh Chief Minister Yogi Adityanath has condoled the deaths due to the tragic bus accident in Mainpuri. He also expressed his heartfelt condolences to the bereaved family of the departed people.

Yogi Adityanath has also directed the authorities to take all measures possible for the appropriate treatment of those injured.