UP govt trying to silence us by giving money: Kamlesh Tiwari's wife

It may be recalled that the state government earlier this week sanctioned Rs 15 lakh and a house to the family of Kamlesh Tiwari, who was murdered in Lucknow on October 18. 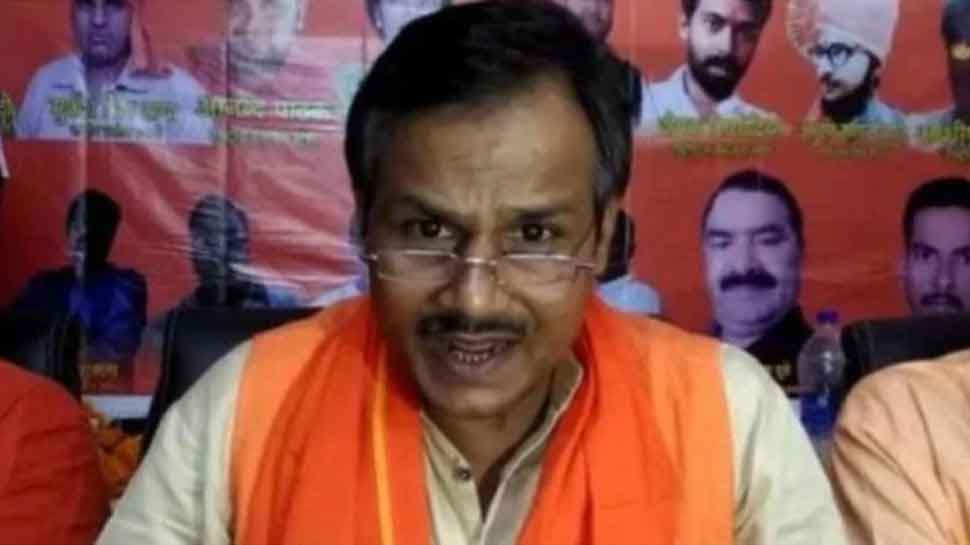 LUCKNOW: Kiran Tiwari, the wife of deceased Hindu Samaj Party leader Kamlesh Tiwari, has accused the Uttar Pradesh government of trying to suppress her voice and alleged negligence by the state's police in probing the murder of her husband.

Kiran on Saturday alleged that UP Police had not provided her husband with enough security and demanded that the accused in the murder case should be hanged to death.

Addressing a press conference in Lucknow, Kiran "negligence by police" was to be blamed for her husband's murder.

"We have doubts on the police action. Police's negligence is to be blamed for my husband`s murder. I request the government that the accused should be hanged to death at the earliest," she said.

In the wake of her husband's murder, Kiran has now been elected as the new chief of Hindu Samaj Party – the outfit floated by Kamlesh Tiwari. She said that she will try to fulfil the dreams of her husband to make India a Hindu Rashtra.

During her press conference, Kiran went on to say that she did not "beg" before the UP government for the financial aid.

She added that "the government wants to silence us by giving us money."

She claimed that if any BJP leader is murdered in future by jihadis, she will give Rs 30 lakh to his family.

Kiran also slammed Chief Minister Yogi Adityanath for not visiting her home after Kamlesh Tiwari`s murder and accused the government of not providing enough security to the slain leader.

It may be recalled that the state government earlier this week sanctioned Rs 15 lakh and a house to the family of Kamlesh Tiwari, who was murdered in Lucknow on October 18.

The UP government also constituted an SIT to probe Tiari's murder. However, the bereaved family later demanded a probe by the NIA.

Seven people have been arrested in connection with the murder.

Three other accused - Rashid Pathan, Faizan Sheikh and Maulana Mohsin Sheikh - were sent to police custody for four days on October 22 in connection with the case.