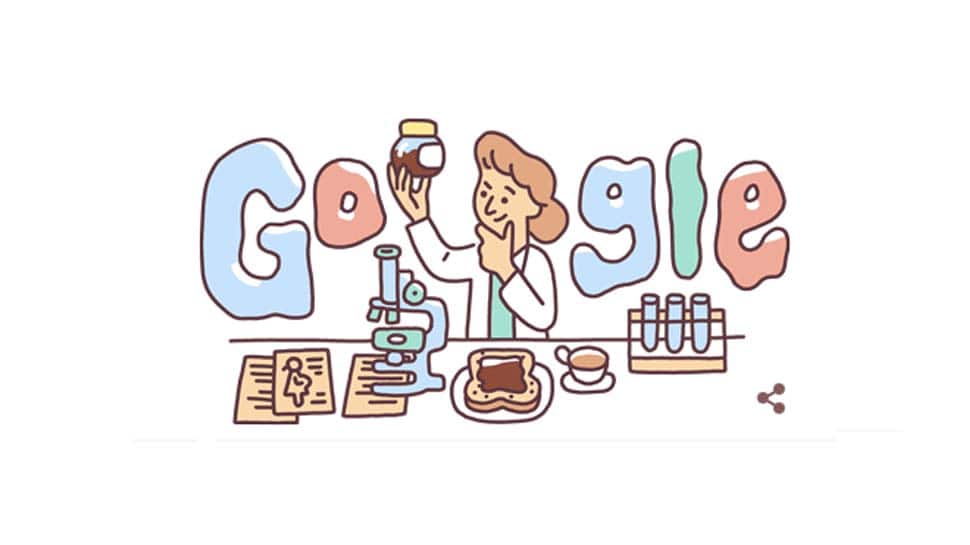 Google Friday dedicated its doodle to 131st birthday of leading English haematologist Lucy Wills whose work in India changed the face of prenatal care for women everywhere. Her research led to identifying the importance of folic acid for pregnant women.

Born on May 10, 1888, Wills went to Cheltenham College for Young Ladies, one of the first British boarding schools to train woman students in science and mathematics. In 1911, she earned first honors in botany and geology at Cambridge University’s Newnham College, another institution at the forefront of educating women, followed by the London School of Medicine for Women, the first school in Britain to train female doctors.

“Wills traveled to India to investigate a severe form of life-threatening anemia afflicting pregnant textile workers in Bombay. Suspecting that poor nutrition was the cause, she discovered what came to be known as the 'Wills Factor' when a laboratory monkey’s health improved after being fed the British breakfast spread Marmite which is made of yeast extract. Later research proved the factor to be folic acid, which is now recommended to pregnant women all over the world,” Google writes.

“Remembered for her wry sense of humor, Wills enjoyed mountain climbing, cross-country skiing, and rode a bicycle to work rather than driving in a car. She devoted much of her life to traveling the world and working to ensure the health of mothers-to-be. Happy 131st birthday, Lucy Wills!” added Google.

Folic acid is now widely recommended to pregnant women along with various other important nutrients such as iron and B12, for the prenatal prevention of anaemia and other conditions.