In a landmark verdict, the apex court on August 22 put the curtains down on a 1,400-year-old practice of 'triple talaq' among Muslims. 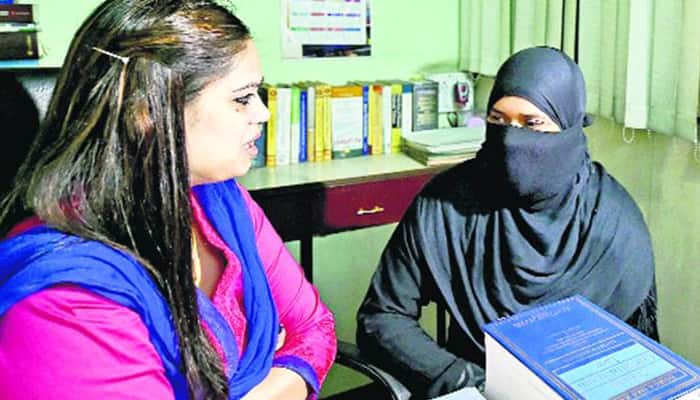 Kolkata: Ishrat Jahan, one of the five petitioners in the triple talaq case, who had claimed of getting threats after the historic Supreme Court verdict, on Thursday said that her two children have gone missing.

Jahan on Thursday filed a missing complaint at Golabari Police Station in Howrah.

Following the historic Supreme Court verdict on triple talaq, Jahan, had written to West Bengal Chief Minister Mamata Banerjee, seeking security for herself and her children after allegedly facing threats from in-laws and neighbours.

Ishrat's husband had divorced her over phone from Dubai in 2014 by uttering 'talaq' thrice, a practice that was struck down by the apex court on August 22.

She has a 13-year-old daughter and a seven-year-old son.

My life is in danger. My husband's older brother molested me twice. An FIR was lodged at the police station but no action was taken. So I have no faith in the police station. I request you to take some steps for my protection," Jahan had written in her letter.

In a landmark verdict, the apex court on August 22 put the curtains down on a 1,400-year-old practice of 'triple talaq' among Muslims and set it aside on several grounds including that it was against the basic tenets of the Holy Quran and violated the Islamic law Shariat.

A five-judge Constitution bench, by a majority of 3:2 in which Khehar found himself in a minority, had said in its order, "In view of the different opinions recorded by a majority of 3:2, the practice of 'talaq-e-biddat' or triple talaq is set aside."