Mamata Banerjee agrees to demand for live telecast, meeting with doctors to be held

The doctors had again refused to meet Mamata Banerjee after the West Bengal Chief Minister called two representatives from each Medical College of the state for discussion on Monday. 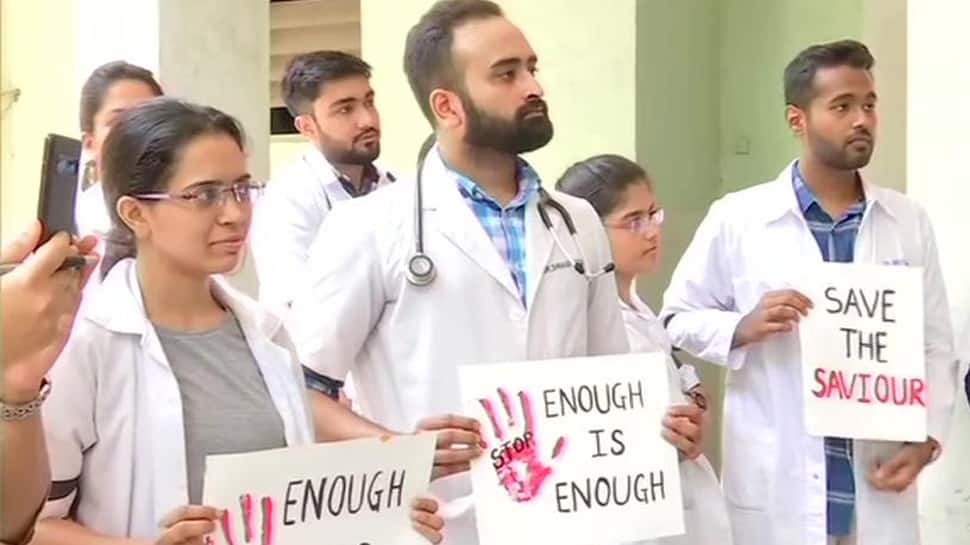 KOLKATA: As striking doctors remained firm on their demand for live telecast of meeting with Mamata Banerjee, the West Bengal Chief Minister has been forced to accept their conditions. The doctors of the NRS Medical College and Hospital will be meeting Mamata on Monday. They had again refused to meet her after the West Bengal Chief Minister called two representatives from each Medical College of the state for discussion on Monday. The doctors said that the meeting will only be held in the presence of media and cameras.

The decision was taken in a general body meeting which was held to decide if they should accept the CM's invitation to meet two representatives from each Medical College of West Bengal at 3 pm on Monday.

Director Medical Education had in a letter to the protesting doctors of the NRS Medical College and Hospital said that the Chief Minister has agreed to meet 2 representatives from each Medical College of the State at Nabanna at 3 pm on 17 June 2019. "The discussion will focus on all your demands. I also confirm that the discussion and resolutions taken in this meeting shall be recorded and duly communicated to you. I request you to kindly come over for this meeting and reach Nabanna by 2.30 p.m. on 17 June 2019," the letter stated.

As many as two medical representatives from 14 colleges (28 persons) had been asked to attend the meeting to end the impasse. Chief secretary, additional and principal secretary health and Director, Medical Education will also be present for the meeting.