West Bengal Chief Minister Mamata Banerjee has won the Bhabanipur bypoll with a record margin of 58000 votes against her nearest BJP rival Priyanka Tibrewal after the end of 21 rounds of counting of votes on Sunday. 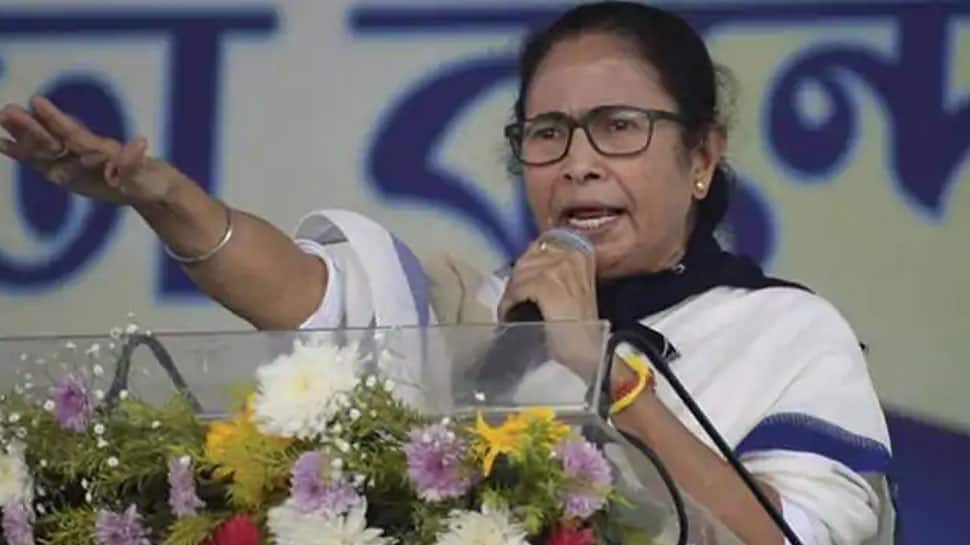 Kolkata/ Berhampore: West Bengal Chief Minister Mamata Banerjee has won the Bhabanipur bypoll with a record margin of 58,832 votes against her nearest BJP rival Priyanka Tibrewal after the end of 21 rounds of counting of votes that began early on Sunday.

Banerjee, the TMC candidate in the Bhabanipur assembly seat in south Kolkata, secured 84,709 votes after the 21 rounds of counting, as per the official data. Her nearest rival, BJP's Priyanka Tibrewal, got 26320 votes while Srijib Biswas of the CPI(M) secured 4201 votes.

In her first reaction after her emphatic victory, Mamata Banerjee said, "We have won in each and every ward. I am satisfied because Bhabanipur has shown the way. All eyes were trained on this seat. I have been freshly inspired to work more for the people." She also added, "I will not show V sign. I will show three fingers because I am not contesting alone. My colleagues in Jangipur and Samshergunj are also winning comprehensively."

As per the cumulative Election Commission figures, the TMC is also ahead in Murshidabad's Samserganj and Jangipur constituencies, where votes are being counted for the assembly elections. In Samserganj, TMC candidate Amirul Islam is leading by 3,768 votes after the fifth round of counting. He secured 19,751 votes, while his nearest rival, Zaidur Rahaman of the Congress, got 15,983.

Jangipur's TMC nominee Jakir Hossain is leading by 15,643 votes after the second round of counting. Hossain secured 25,572 votes, and his nearest rival, BJP's Sujit Das, got 9,929.

Voting in these seats was held on September 30. As the reports of Banerjee's massive lead came in, TMC supporters hit streets across the state to celebrate. On the other side, the state offices of the BJP and the CPI (M) wore a deserted look.

#WATCH | West Bengal Chief Minister Mamata Banerjee greets her supporters outside her residence in Kolkata as she inches closer to victory in Bhabanipur Assembly bypoll pic.twitter.com/S1FlBYTXAG

Meanwhile, the Election Commission wrote to the Chief Secretary directing him to prohibit victory celebrations and processions to prevent any incident of post-poll violence.

Tibrewal, on Saturday night, wrote to the Acting Chief Justice of Calcutta High Court Rajesh Bindal, urging him to give orders to the police to take preventive steps to avoid incidents of violence after the declaration of the results.

The bypoll to the Bhabanipur assembly seat and two other constituencies in West Bengal and one in Odisha's Pipli was held on September 30 amid tight security and stringent Covid-19 measures. Mamata Banerjee had lost to BJP`s Suvendu Adhikari in the Nandigram constituency in the assembly elections held earlier this year.

The Bhabanipur assembly seat was vacated by the West Bengal Agriculture Minister Sobhandeb Chattopadhyay in May, paving the way for Mamata Banerjee to contest the bypoll. Bharatiya Janata Party (BJP) has fielded 41-year-old Priyanka Tibrewal, a lawyer, against the TMC chief.

CPI(M) has fielded Srijib Biswas, who is also a lawyer. Congress did not contest the seat. Trinamool Congress had registered a landslide victory in assembly polls winning 213 of 294 seats in the West Bengal assembly.