On Tuesday, vehicles parked near BJP president Amit Shah's rally venue in East Midnapore were vandalised, triggering a slugfest between both the parties. 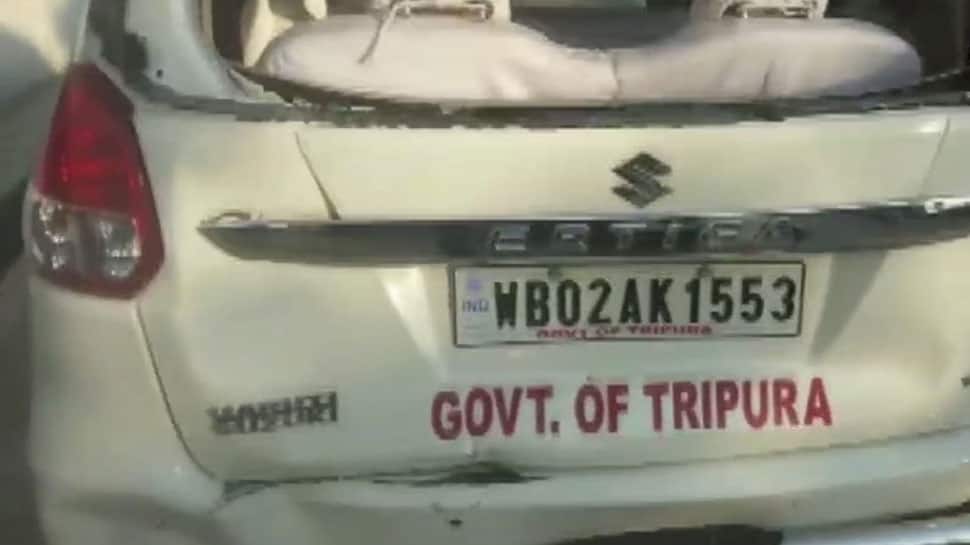 Kolkata: West Bengal on Wednesday arrested a bike-borne man after he breached Tripura Chief Minister Biplab Deb's security convoy. The bike-borne man had hit the CM's car on the Diamond Harbour route between Shursha and Amtala.

Deb was in West Bengal to address BJP rallies ahead of the upcoming Lok Sabha election. Terming West Bengal Chief Minister Mamata Banerjee as a 'seasoned scamster', the Tripura CM claimed that the people of Bengal will give her a befitting reply in the coming general election.

West Bengal: Police have arrested a bike-borne man for breaching Tripura CM's security convoy. The bike-borne man had hit the CM's car on Diamond Harbour route between Shursha-Amtala today. No injuries have been reported. pic.twitter.com/XF9ukIIeuS

Bringing in the reference of widespread violence in last panchayat polls in West Bengal, Deb said not a single incident of violence was reported during the Tripura panchayat polls.

On Tuesday, vehicles parked near BJP president Amit Shah's rally venue in East Midnapore were vandalised, triggering a slugfest between both the parties.

Attacking the ruling Trinamool Congress government in the state, BJP leader Rahul Sinha had alleged that it is the ruling party who is behind the attack.

TMC leader Madan Mitra had, however, counter-attacked saying, "Beginning of the end of BJP as a whole has already started & it has started from Bengal. BJP has hired some hooligans from Jharkhand. They are doing this because they have no other issue."