It was the heaviest offensive between Israel and Hamas since a 2014 war in Gaza and prompted international concern that the situation could spiral out of control.

GAZA/JERUSALEM: Hostilities between Israel and Hamas escalated overnight, with 35 Palestinians killed in Gaza and three in Israel in the most intensive aerial exchanges for years.

Israel carried out hundreds of air strikes in Gaza into the early hours of Wednesday, as the Islamist group and other Palestinian militant groups fired multiple rocket barrages at Tel Aviv and Beersheba.

One multi-storey residential building in Gaza collapsed and another was heavily damaged after they were repeatedly hit by Israeli air strikes. Israel said it attacked Hamas targets, including intelligence centres and rocket launch sites.

It was the heaviest offensive between Israel and Hamas since a 2014 war in Gaza and prompted international concern that the situation could spiral out of control. 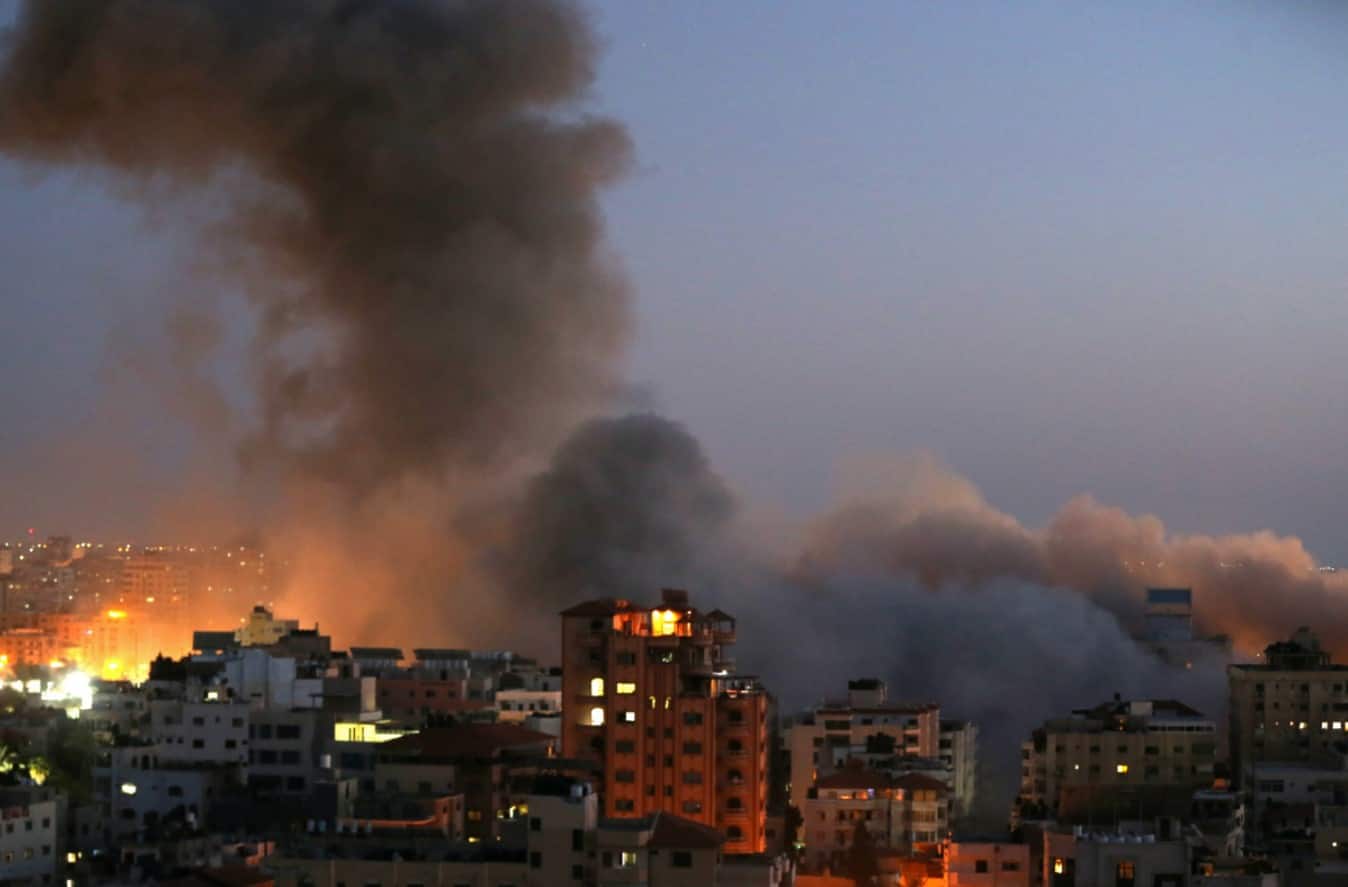 UN Middle East peace envoy Tor Wennesland tweeted: "Stop the fire immediately. We`re escalating towards a full scale war. Leaders on all sides have to take the responsibility of de-escalation.

"The cost of war in Gaza is devastating & is being paid by ordinary people. UN is working w/ all sides to restore calm. Stop the violence now," he wrote.

Into the early hours of Wednesday morning, Gazans reported their homes shaking and the sky lighting up with Israeli attacks, outgoing rockets and Israeli air defence missiles intercepting them.

Israelis ran for shelters or flattened themselves on pavements in communities more than 70 km (45 miles) up the coast and into southern Israel amid sounds of explosions as interceptor missiles streaked into the sky.

Hamas`s armed wing said it fired 210 rockets towards Beersheba and Tel Aviv in response to the bombing of the tower buildings in Gaza City.

In Tel Aviv, air raid sirens were heard around the city. For Israel, the militants` targeting of Tel Aviv, its commercial capital, posed a new challenge in the confrontation with the Islamist Hamas group, regarded as a terrorist organisation by Israel and the United States.

The violence followed weeks of tension in Jerusalem during the Muslim fasting month of Ramadan, with clashes between Israeli police and Palestinian protesters in and around Al-Aqsa Mosque, on the compound revered by Jews as Temple Mount and by Muslims as the Noble Sanctuary. 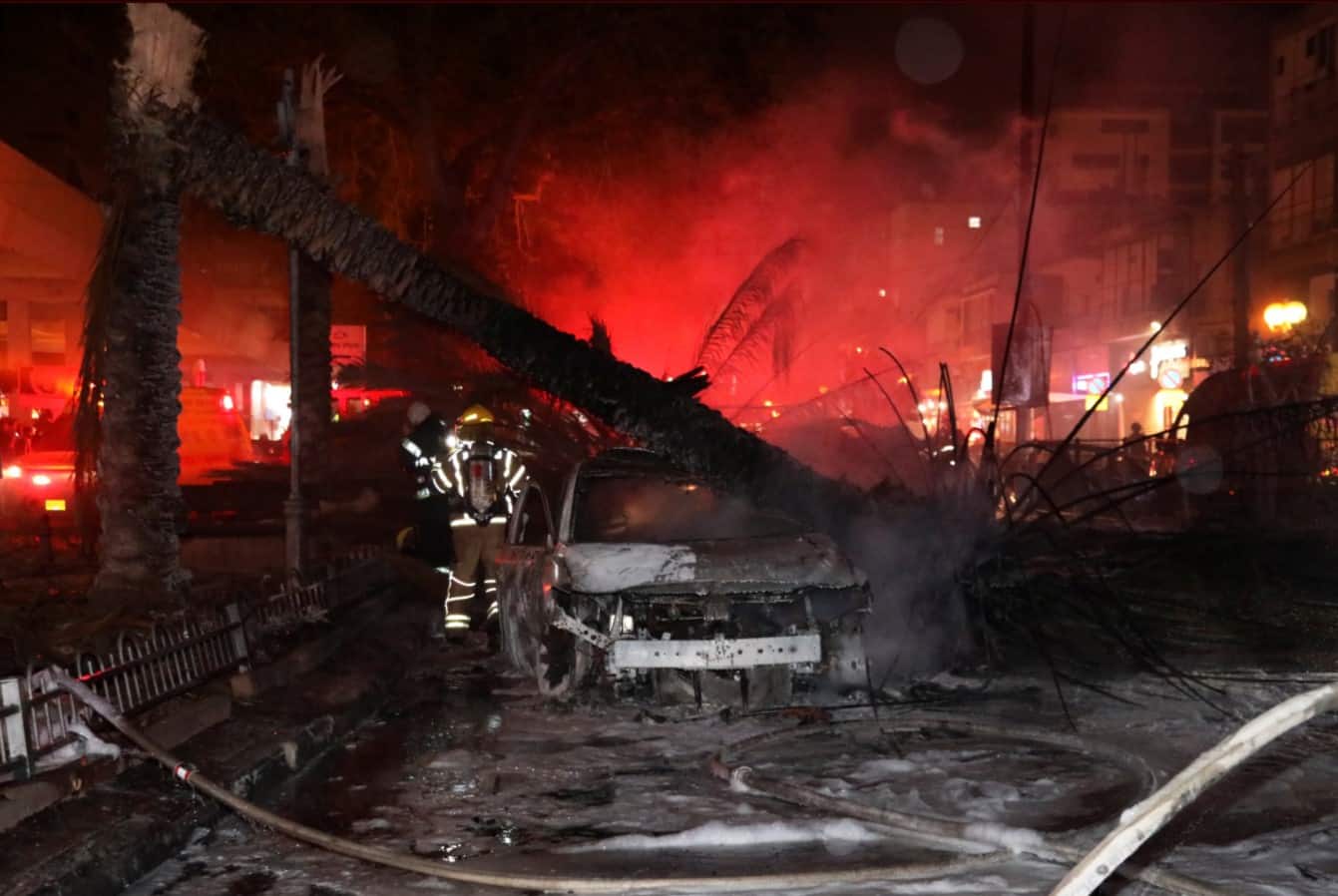 These escalated in recent days ahead of a – now postponed - court hearing in a case that could end with Palestinian families evicted from East Jerusalem homes claimed by Jewish settlers.

There appeared no imminent end to the violence. Israeli Prime Minister Benjamin Netanyahu warned that militants would pay a “very heavy” price for the rockets, which reached the outskirts of Jerusalem on Monday during a holiday in Israel commemorating its capture of East Jerusalem in a 1967 war.

The outbreak of hostilities led Netanyahu`s political opponents to suspend negotiations on forming a coalition of right-wing, leftist and centre-left parties to unseat him after an inconclusive March 23 election.

Opposition leader Yair Lapid has three weeks left to establish a government, with a new election - and another chance for Netanyahu to retain power - likely if he fails.

The Arab League, some of whose members have warmed ties with Israel over the last year, accused it of "indiscriminate and irresponsible" attacks in Gaza and said it was responsible for "dangerous escalation" in Jerusalem.

Hamas named its rocket assault "Sword of Jerusalem", seeking to marginalise Palestinian President Mahmoud Abbas and to present itself as the guardians of Palestinians in Jerusalem.

The militant group`s leader, Ismail Haniyeh, said Israel had “ignited fire in Jerusalem and Al-Aqsa and the flames extended to Gaza, therefore, it is responsible for the consequences."

The White House said on Tuesday that Israel had a legitimate right to defend itself from rocket attacks but applied pressure on Israel over the treatment of Palestinians, saying Jerusalem must be a place of coexistence.

The United States was delaying U.N. Security Council efforts to issue a public statement on escalating tensions because it could be harmful to behind-the-scenes efforts to end the violence, according to diplomats and a source familiar with the U.S. strategy. State Department spokesman Ned Price urged calm and "restraint on both sides", saying: "The loss of life, the loss of Israeli life, the loss of Palestinian life, It`s something that we deeply regret."

He added: "We are urging this message of de-escalation to see this loss of life come to an end." 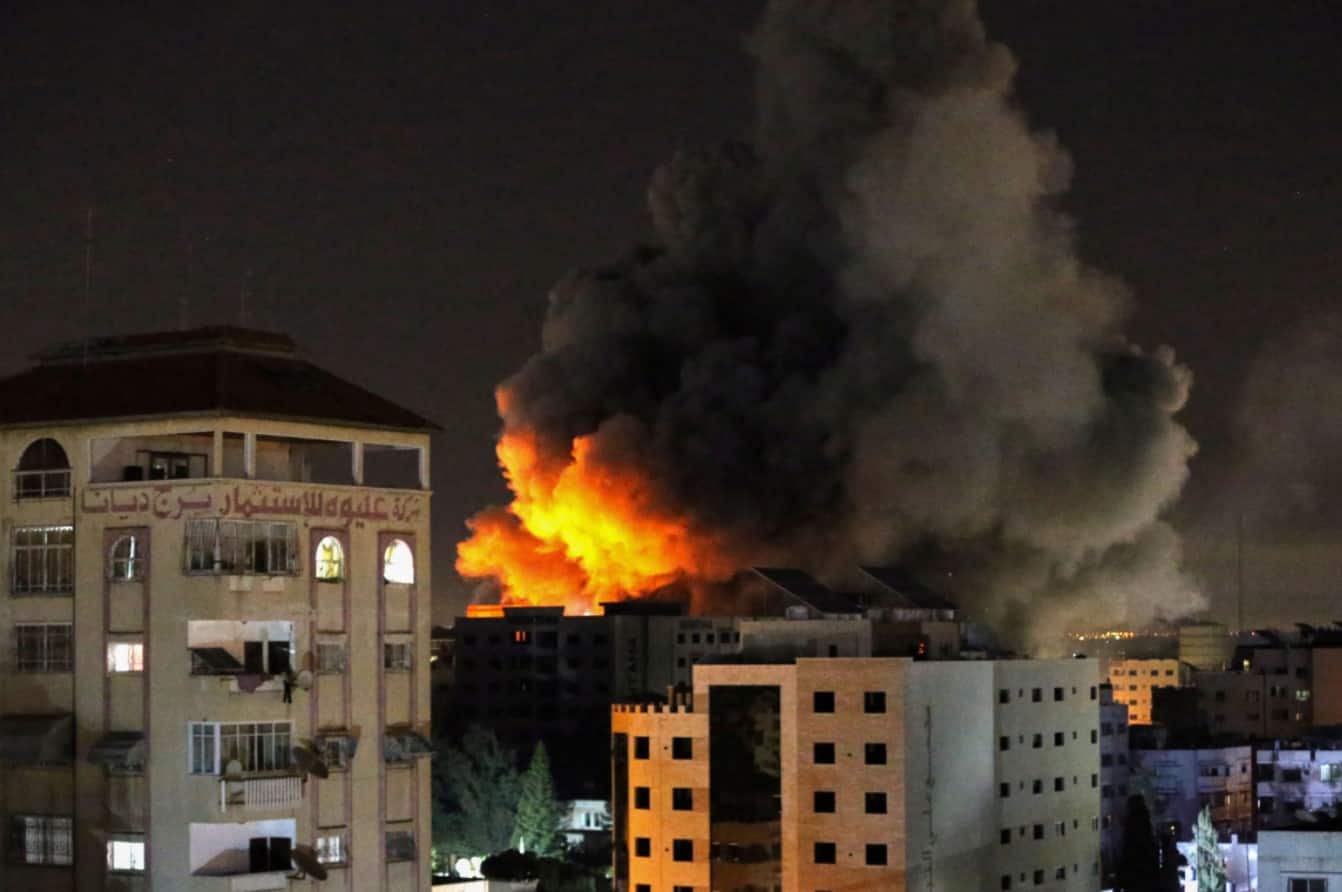 Israel said it had sent 80 jets to bomb Gaza, and dispatched infantry and armour to reinforce the tanks already gathered on the border, evoking memories of the last Israeli ground incursion into Gaza to stop rocket attacks, in 2014.

More than 2,100 Gazans were killed in the seven-week war that followed, according to the Gaza health ministry, along with 73 Israelis, and thousands of homes in Gaza were razed by Israeli forces.

Video footage on Tuesday showed three plumes of thick, black smoke rising from a 13-story Gaza residential and office block as it toppled over after being demolished by Israeli air strikes.

The Israeli military said the building, in Gaza City`s Rimal neighbourhood, housed "multiple" Hamas offices, including ones for military research and development and military intelligence.

The existence of one Hamas office, used by political leaders and officials dealing with the news media, was widely known locally.

Residents in the block and the surrounding area had been warned to evacuate the area before the air strike, according to witnesses and the Israeli military.

A second residential and office building in the same neighbourhood was heavily damaged in Israeli attacks shortly before 2 a.m. on Wednesday. Residents and journalists working in the building had already left.

On Tuesday Gaza health ministry officials put the death toll at 32, but a Hamas-affiliated radio station later said three more people, including a woman and a child, were killed shortly before 2 a.m. on Wednesday in an Israeli air strike on an apartment above a restaurant.

Israeli political leaders and the military said they had killed "dozens" of militants, and hit buildings used by Hamas.

Defence Minister Benny Gantz said Israel had carried out "hundreds" or strikes, and that "buildings will continue to crumble."

Gaza`s health ministry said that of the 30 reported dead, 10 were children and one was a woman.

Israel`s Magen David Adom ambulance service said a 50-year-old woman was killed when a rocket hit a building in the Tel Aviv suburb of Rishon Lezion, and that two women had been killed in rocket strikes on Ashkelon.