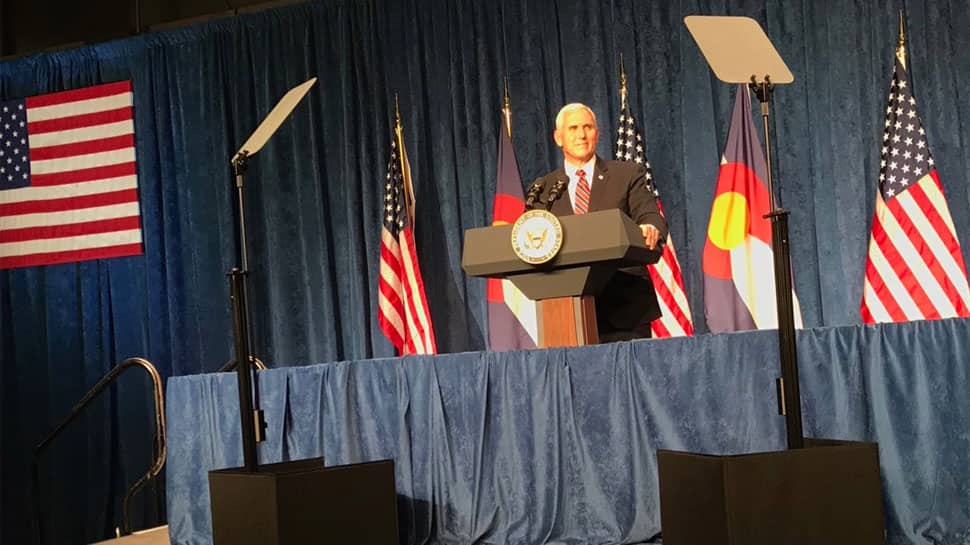 State of New York: US President Donald Trump is "actively considering" moving the US embassy in Israel from Tel Aviv to Jerusalem, his vice president said on Tuesday, evoking a campaign promise that the administration had sidelined.

"President Donald Trump is actively considering when and how to move the American embassy in Israel from Tel Aviv to Jerusalem," Pence told the gathering of UN ambassadors, diplomats and Jewish leaders.

On June 1, Trump decided against any immediate move, shying away from what was a major campaign promise by signing a legal waiver that keeps the embassy in Tel Aviv.

"It`s a question of when, not if," a US official said at the time. "He doesn`t think the timing is right, right now."

During his campaign for the White House, Trump expressed support for moving the embassy but did not renew the call -- which would anger Palestinians and Arab states -- when he visited Jerusalem this year.

Congress passed a law in 1995 making it US policy to move the embassy to Jerusalem, symbolically endorsing Israel`s claim on the city as its capital.

But the law contained a clause that has allowed each president since to issue and renew a six-month waiver on carrying out the move.

Pence, who is to visit Israel next month, on Tuesday attended a symbolic re-enactment of the November 29, 1947 UN General Assembly vote, on the eve of its 70th anniversary.

The event was held at the Queens Museum, where the General Assembly partition vote took place. The main building of the museum served as the temporary home of the UN shortly after its founding, from 1946 to 1950.

CPEC is source of prosperity for Pakistan: New China envoy