"We have always seen her grow up as a good child. She was very good at whatever she did and she has achieved what she wanted to do," Dr Sarala was quoted as saying about Kamala Harris. 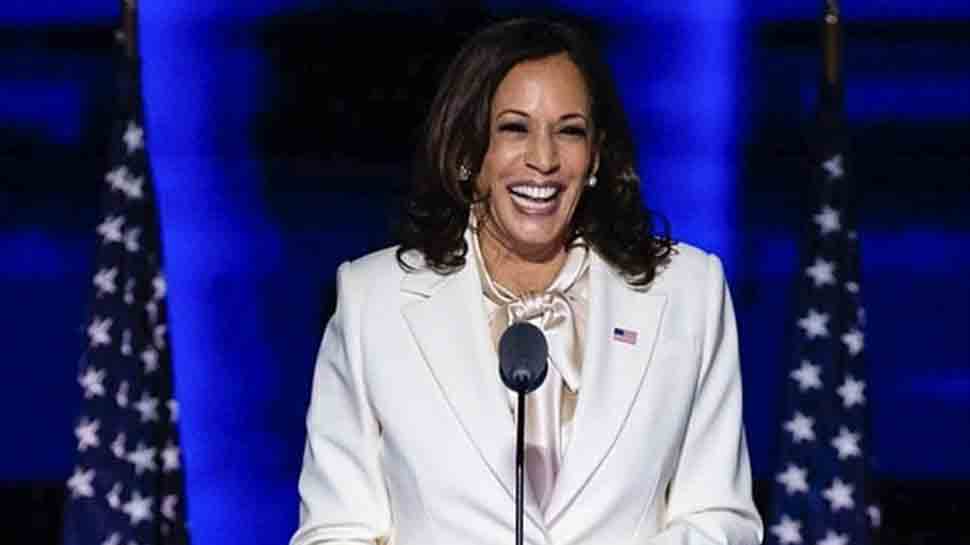 CHENNAI: Tamil Nadu-based maternal aunt of US Vice-President-elect Kamala Harris, Dr Sarala Gopalan is elated over her niece's feat and speaks about how she grew up as a good child and always accomplished for what she aimed for.

Speaking to PTI, Sarala, a jubilant veteran, expressed her hope to attend the swearing-in ceremony of Kamala. "Hopefully," she said in response when asked about attending the ceremony in the US.

"We have always seen her (Kamala Harris) grow up as a good child. She was very good at whatever she did and she has achieved what she wanted to do," Dr Sarala was quoted as saying by news agency ANI.

She said she couldn't speak to Harris on Saturday as she spent the entire day waiting for the announcement on her victory. "How do you think I should feel about her victory. I feel very happy," a proud Gopalan, a senior consultant at the Voluntary Health Services here. I was waiting for the announcement till late in the night...I felt tired and had to retire for the night," she said.

A few years ago, after Harris called her up with a request, Dr Sarala broke 108 coconuts at the Varasiddhi Vinayagar temple in keeping with the traditional practice.

Harris had put spotlight on her Tamil roots during her acceptance speech as the Democratic nominee for the post of vice president. "When she (mother) came here from India at the age of 19, maybe she didn't quite imagine this moment. But she believed so deeply in an America where a moment like this is possible. She raised us (Harris and sister, Maya,) to be proud, strong Black women. And she raised us to know and be proud of our Indian heritage. Family is my uncles, my aunts and my mother's two sisters, Sarala and Chinni, whom I lovingly call chittis, meaning younger mother."

The 56-year-old Harris, California senator, was picked by president-elect Joe Biden as his running mate in August. She is the first woman, Black, Indian-American vice president-elect and has her roots in Tamil Nadu.

On November 8, Kamala Harris's ancestral villages in Tamil Nadu had erupted in joy over the Democrat Senator's elevation and ushered in an early Deepavali with firecrackers and sweets to celebrate her win. The joy of locals in Thulasenthirapuram and Painganadu villages in this Cauvery delta district knew no bounds as they rejoiced the victory of 'the woman of our house'.

The locals celebrated 56 year-old Harris' win by bursting crackers and distributing sweets, even as special prayers were held at the local temple, in which state Food Minister R Kamaraj participated.

Gunmen kill 11 in attack on Iraqi army post in Baghdad