More Chinese are turning vegetarian, vegan restaurants on the rise. But why?

China - the world's largest market for beef, pork and poultry - is steadily growing wary of meat as health-conscious Chinese are taking to a vegetarian diet that has sparked mushrooming of vegan restaurants in the world's most populous country. 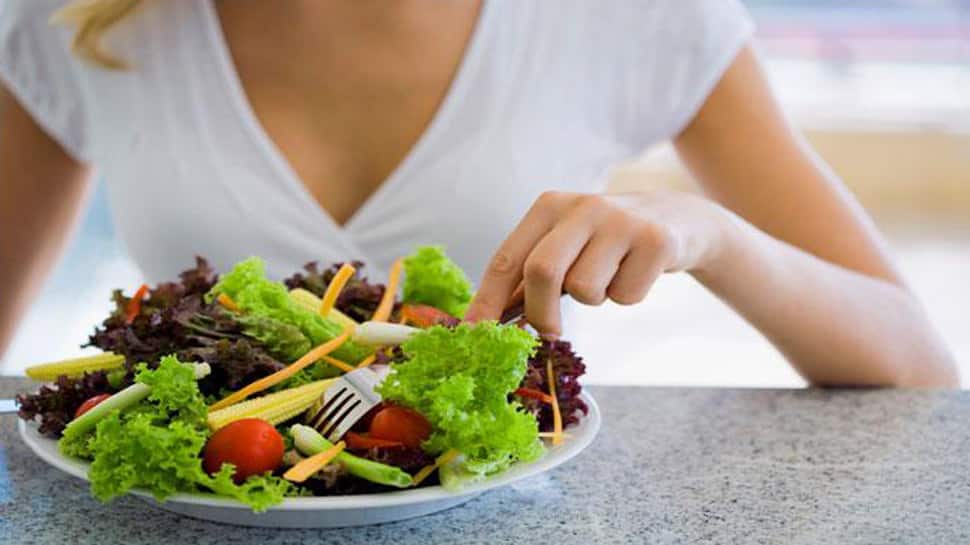 BEIJING: China - the world's largest market for beef, pork and poultry - is steadily growing wary of meat as health-conscious Chinese are taking to a vegetarian diet that has sparked mushrooming of vegan restaurants in the world's most populous country.

China's restaurant industry over the past few years is reporting growing number of entrepreneurs looking to capitalise on the popularity of healthy eating, which usually means a meatless, organic and environmentally-friendly diet.

The niche market of vegetarian and vegan eateries has never been more competitive, a recent report from various cities compiled by the Hong Kong-based South China Morning Post said.

Han Lili, a Shanghai-based artist who has tracked and mapped vegetarian and vegan restaurants in major Chinese cities including Shanghai, Chengdu, Lhasa, and Hong Kong since 2012, said it had been difficult to accurately count the number in operation in the past year or two because the market changed so rapidly.

In Shanghai, China's largest city, the number of vegan outlets soared from 49 in 2012 to more than 100 last year, she said. In Chengdu, the capital of Sichuan province, almost half the 80 eateries needed updating after her last count.

A report by research firm Euromonitor said though China is still the world's biggest market for pork, beef and poultry, the demand showed a decline in recent years.

The Chinese meat industry adds around 150 million tonnes of carbon dioxide to the atmosphere every year, according to one study.

According to one study, the vegan market in China is expected to rise by more than 17 per cent between 2015 and 2020. This will be the fastest rate of growth internationally in this time period and suggests a huge shift in consumer habits in Asia.

Popular actor Huang Xuan said his family is eating more and more vegetarian food, a change from the traditional diet in his native province of Gansu in China's northwest, which is high in beef and mutton.

He thinks it's because people are more aware of the links between meat-eating, high blood pressure and obesity.

Dr Xu Jia, a dietician who leads the China programme at the Physicians Committee for Responsible Medicine, a Washington-based NGO, said he estimated one percent would be closer to the truth.

A study conducted by researchers from Shanghai Jiao Tong University in 2016 surveyed more than 4,000 people in the city and found that 0.77 percent were vegetarians.

According to the world vegetarian outfits, India where vegetarianism was rooted in religion and culture estimated to have over 500 million vegetarians who shun meat in their meal.
Significantly, the vegan culture is spreading among young people in China which has a population of over 1.3 billion.

The Shanghai Jiao Tong University study also surveyed eight popular vegetarian restaurants in downtown Shanghai and found that close to half their customers were aged between 20 and 29, even though the average age of vegetarians was 65.

Sixthtone.Com, a youth news portal has reported that in November last year Hebei University of Environmental Engineering in the city of Qinhuangdao has added a vegetarian counter in the canteen at the request of a student organisation called the Lohas Vegetarian Society.

"Sure, it might not be front-page news, but by serving meat-free meals to college students, the college is embracing a heartening trend toward vegetarianism in a society where most square meals contain pork, chicken, or beef," the report said.

Stories like this have played out across more and more Chinese universities, driven by the recently established Universities and Colleges Vegetarian Association (UCVA).

"Alongside the rise of animal protectionism...More and more young Chinese are viewing vegetarianism as a healthy, eco-friendly, and trendy lifestyle," the Sixthtone report said