Najib Razak to go on trial over 1MDB corruption charges

The Malaysian Anti-Corruption Commission (MACC) formally charged Najib with criminal breach of trust and abuse of power last year, shortly after the polls. 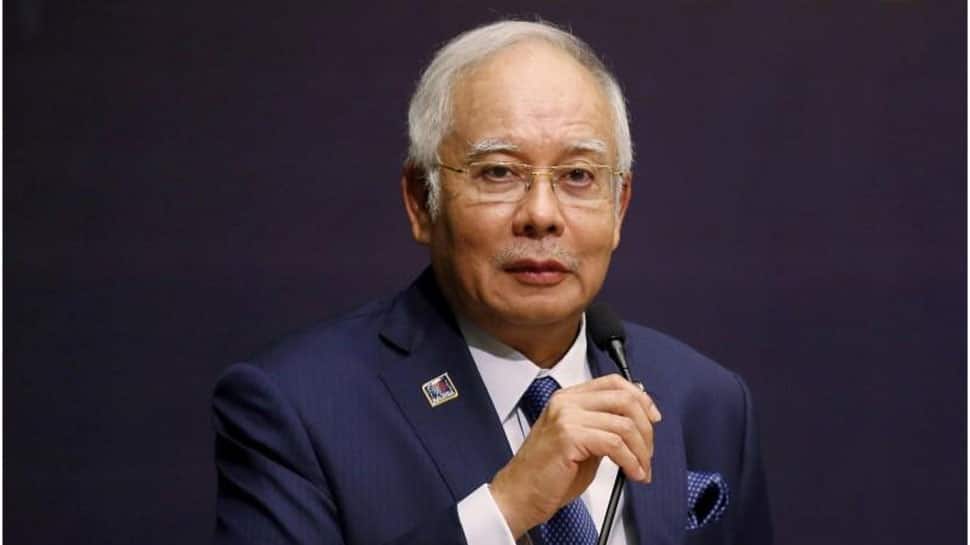 Bangkok: Malaysia`s former Prime Minister Najib Razak, who is set to go on trial on Tuesday, faces years in prison if he is convicted on charges relating to the 1Malaysia Development Berhad (1MDB) state fund scandal.

Najib has been charged with 42 counts of corruption and he, along with his associates, are accused of diverting $4.5 billion from the 1MDB sovereign wealth fund. His trial is due to begin on Tuesday and is expected to last till the end of March, the first in a series of legal proceedings against the former Prime Minister, Efe news reported.

If found guilty, Najib could be sentenced to between 15 and 20 years in prison.

The scandal was a major factor that contributed to Najib`s historic defeat in the May 2018 elections, when his party, the powerful United Malays National Organisation, suffered its first loss since the country`s independence from Britain.

The 65-year-old, who served as Prime Minister from 2009 to 2018, is accused of diverting 2.6 billion ringgit ($681 million at the time) to private accounts, an undercover investigation by the Wall Street Journal and the Sarawak Report found in 2015.

The Malaysian Anti-Corruption Commission (MACC) formally charged Najib with criminal breach of trust and abuse of power last year, shortly after the polls.

He denies the allegations, claiming the embezzled funds were a donation from a Saudi prince, an explanation that was initially accepted by 1MDB, the MACC and the then-Attorney General, who initially exonerated him. The case was reopened following his defeat in the election.

In the weeks leading up to the trial, Najib has been in combative mood, publicly campaigning against his mentor Mahathir Mohamad`s government, claiming he is a victim of political persecution. Investigators reopened the case after Najib lost the elections, with Mahathir banning his predecessor and his wife, Rosmah Mansor, from leaving the country.

The alleged embezzlement and laundering of funds diverted from 1MDB were being investigated in half a dozen countries, including the US, Switzerland and Singapore. According to the US Department of Justice, about $4.5 billion was diverted from the 1MDB, $1 billion of which may have been laundered in the country with the purchase of real estate, yachts, jewellery and works of art among other goods.

Najib set up 1MDB in 2009 as a state investment fund to attract investment projects and other developments to the southeast Asian country. The fund ended up accumulating losses of 42 billion ringgit.