The Russian Defence Ministry tweeted a 1.56-minute-long video showing four heavy-duty vehicles moving towards the test site with a massive canister. The anti-ballistic missile was apparently inside the canister which was lowered into an underground silo and then the system was test-fired. 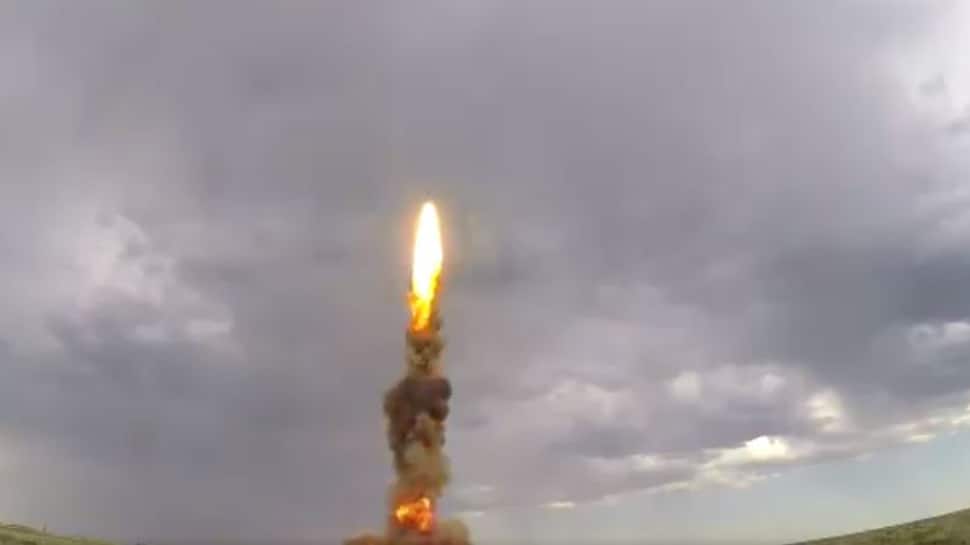 Russia on Tuesday test-fired a new anti-ballistic missile at the Sary Shagan testing range in Kazakhstan. The test-firing was carried out by Russian Aerospace Forces, which claimed that the entire mission was a success.

Without elaborating on the specifications of the anti-ballistic missile, the Russian Defence Ministry said, "A combat crew of the Aerospace Forces has successfully conducted another test launch of a new anti-ballistic missile at the Sary Shagan testing range." The ministry tweeted a 1.56-minute-long video showing four heavy-duty vehicles moving towards the test site with a massive canister.

The third vehicle carried a massive canister apparently with the missile inside. The canister is then lowed into an underground silo from which the interceptor missile is reportedly fired towards the target. The ministry's release claimed that a series of tests, the new missile has reliably confirmed its set characteristics, and has successfully completed the task by hitting a simulated target with the required accuracy".

Russia claims the S-500 Prometey is much more advanced than the S-400 Triumf (NATO reporting name SA-21 Growler) air defence missile system which it is supplying to India, Turkey and China.

According to US intelligence, the S-500 missile system was able to hit targets 481.2 kilometres away during trials, which is almost 80 km (50 miles) more than the previous record. Russian troops will most probably start getting the S-500 in 2020. Russian will replace its existing A-135 anti-ballistic missile system with the S-500.

Russian defence officials say the S-500 and S-400 will form the backbone of the Russian anti-aircraft/anti-missile defence system in the coming years and they will replace the S-300 missiles currently deployed with the troops.