According to Russia's Southern Military District press office, the Su-24M fighters were scrambled on Wednesday to thwart an attack by the enemy in the Volgograd region during a military exercise. As part of the wargame, the Russian forces are also using the S-400 Triumf surface-to-air missile systems, which has been bought by India too. 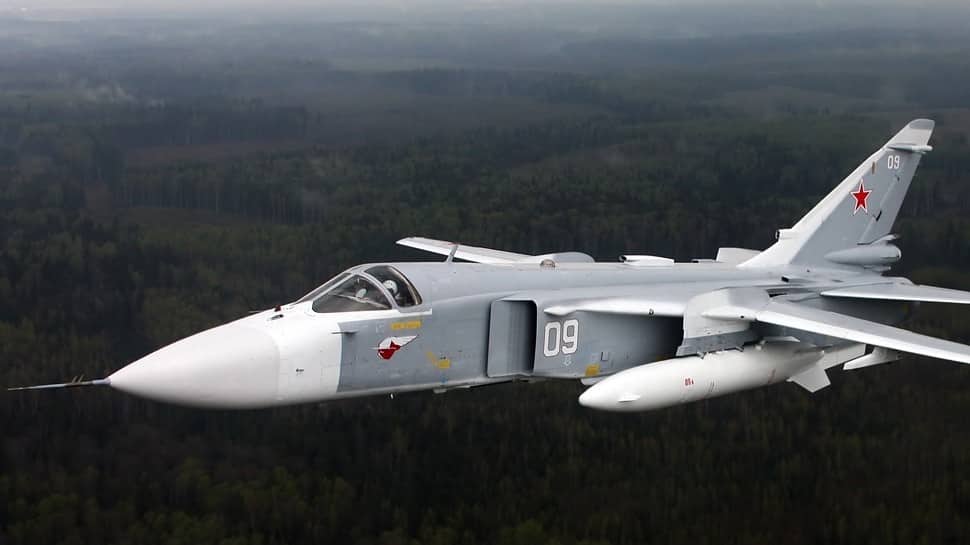 The Russian military is conducting a large-scale wargame consisting of ground and air assets in the Southern Military District. As part of the wargame, the Su-24M fighter jets from the Volgograd region's air regiment successfully countered an "air attack by the enemy and destroyed 30 targets".

According to the Southern Military District press office, the Su-24M fighters were scrambled on Wednesday to thwart an attack by the enemy in the Volgograd region during the exercise. "Pilots of Su-24M fighter jets from the Southern Military District's air regiment stationed in the Volgograd region have fulfilled a training task of repelling an air strike during drills and landed at an aerodrome in the Krasnodar region. Overall, pilots destroyed over 30 air targets imitating 'enemy' cruise missiles, aircraft, convoys and other facilities," the press office was quoted as saying by Russia TASS news agency. The press service added that Su-30 jets used air-to-air missiles to annihilate the targets.

As part of the wargame, the Russian forces are also using the S-400 Triumf surface-to-air missile systems, which has been bought by India too. The S-400 Triumf missile batteries based in Crimea have been tasked the with air defence role and their aim is to deny the "enemy" any advantage in the skies.  "The combat teams of S-400 Triumf anti-aircraft missile systems accomplished the task of displacing launching and radar systems and moving to new positions," a statement by the press office said.

The S-400 were moved to and deployed at different places as part of the combat duty during the wargame. The forces were then asked to identify and detect enemy targets. The older S-300 long-range surface-to-air missile system was also deployed as part of the military exercise in the Rostov Region's Ashuluk practice range.

Pantsyr air defence missile/gun systems were given the role of defending the S-400 batteries against "enemy attacks" while they were being moved and deployed.

The drills started on June 18 and will continue for four days till 21. More than 10 air bases in the Southern Military District have been activated for the wargame with fighters and bombers based in the Rostov and Volgograd, Krasnodar, Stavropol and Crimea taking part in it. Over 100 fighters, bombers and helicopters are taking part in the exercise in which they have been tasked with first repelling an enemy strike and then launching a counter-attack.