The official stressed that the viability of space-based missile defense weaponry was only being studied and no decisions had been made. 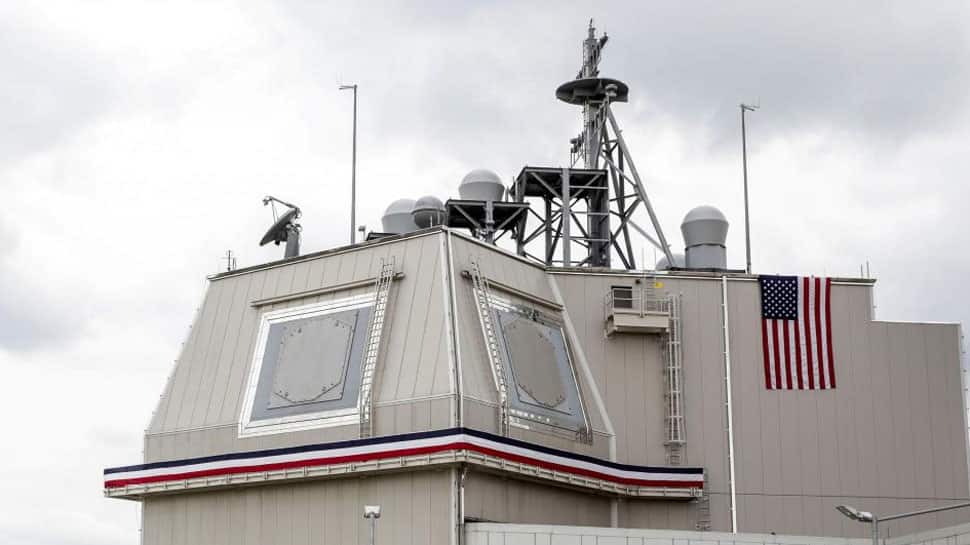 WASHINGTON: US President Donald Trump is due to unveil a revamped US missile defense strategy on Thursday that looks at ways to boost America`s security, including by possibly deploying a new layer of space-based sensors to detect and track enemy missiles.

The Missile Defense Review will also recommends studying experimental technologies, including prospects for space-based weaponry that might be able to shoot down enemy missiles -- a throwback to Ronald Reagan`s so-called "Star Wars" initiative in the 1980s.

"Space, I think, is the key to the next step of missile defense," a senior Trump administration official told reporters ahead of the document`s release on Thursday, speaking on condition of anonymity. "A space-based layer of sensors is something we are looking at to help get early warning and tracking and discrimination of missiles when they are launched."

The official stressed that the viability of space-based missile defense weaponry was only being studied and no decisions had been made. The investments come on top of previously announced US plans to increase the number of ground-based interceptors over the next several years, hiking the number positioned at Fort Greely, Alaska to 64 from 44.

US military officials have long stressed that America`s missile defenses are primarily designed to counter attacks from countries with more limited arsenals, like North Korea, which US intelligence officials believe is still advancing its nuclear program despite a halt to missile launches last year.

For Trump, who is trying to revive efforts to persuade North Korea to abandon its nuclear arsenal, the report`s release comes at an awkward moment. Three North Korean officials, including the top envoy involved in talks with the United States, are booked on a flight to Washington, suggesting possible movement toward a second summit between Trump and North Korean leader Kim Jong Un, according to South Korean media.

It was unclear to what extent the report would single out North Korea. But the senior Trump administration official suggested it would at least be mentioned. Trump, who is due to speak at the Pentagon at 11 am (1600 GMT), declared in June that the North no longer posed a nuclear threat, buoyed by optimism following his landmark summit with North Korean leader Kim Jong Un in Singapore.

Pentagon officials contend that US missiles defenses are too few to be able to counter a first-strike on the US homeland by a major nuclear power, like Russia or China. Washington hopes those countries will instead be deterred from attacks by America`s nuclear arsenal. Still, Russia views US missile defense advances as a threat and Trump`s report is likely to stoke tensions with Moscow.

China, in turn, has also alarmed the Pentagon with advances in super-fast "hypersonic" technology, which could allow Beijing to field missiles that are far harder to detect. In a report earlier this week that singled out the hypersonic threat, the Pentagon warned China`s military was "on the verge of fielding some of the most modern weapon systems in the world."

"In some areas, it already leads the world," the report said. US officials, including Undersecretary of Defense for Research and Engineering Michael Griffin, believe a space-based sensor layer could help detect missiles moving at hypersonic speeds