A 24-year-old man died in Omdurman and the second victim, the son  of a well-known footballer, had been at a protest at a private iniversity in Khartoum. 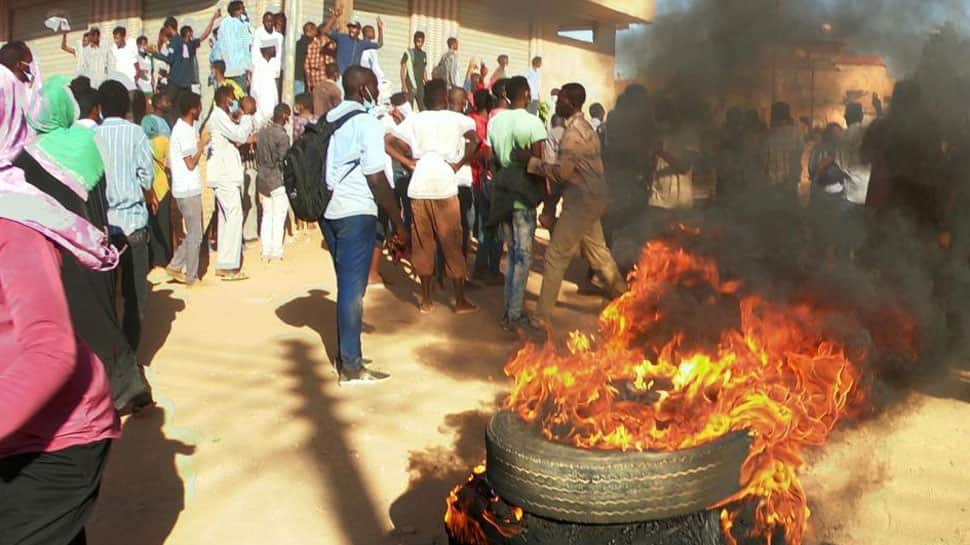 KHARTOUM: Two more demonstrators died in unrest that began last month and raged across Sudanese cities on Thursday in the most sustained challenge yet to the three-decade rule of Omar al-Bashir.

A 24-year-old man died from his wounds in Omdurman, across the Nile from the capital Khartoum. The second victim, the son of a well-known footballer, had been at a protest at a private university in Khartoum.

That two deaths, confirmed in a government statement released late on Thursday, took the official death toll from unrest since Dec. 19 to 30. Rights groups have put the total at more than 40. Trouble raged into the night in Omdurman, with smoke billowing over a street barricaded by steel poles, burning tyres and tree branches.

In Khartoum, security forces fired tear gas at protesters in various neighbourhoods, witnesses said. At night, smoke wafted over Khartoum, fires burned and a main street was blocked. There were also protests in the eastern cities of Port Sudan and al-Qadarif, where hundreds gathered in the main market area, chanting "Down, that`s it! Freedom, freedom."

The opposition Sudanese Professionals` Association, a union that has led calls for demonstrations, had urged protesters to rally from early afternoon and march to Bashir`s palace on the banks of the Nile.

The group said on its social media sites that protesters had gathered in cities including Madani and Sennar south of Khartoum as well as smaller towns. Many protests were reported in Gezira state and witnesses said demonstrators had blocked the main road in al-Nuba district, also south of Khartoum.

Security forces have used tear gas, stun grenades and live ammunition to disperse demonstrations, as well as arresting hundreds of protesters and opposition figures. Authorities have blamed the unrest on "infiltrators" and foreign agents, and said they are taking steps to resolve Sudan`s economic problems.