Prime Minister Boris Johnson has split parliament, his party and the electorate by promising to deliver Brexit on Oct. 31, with or without a transition agreement - potentially risking food, medicine and fuel shortages. 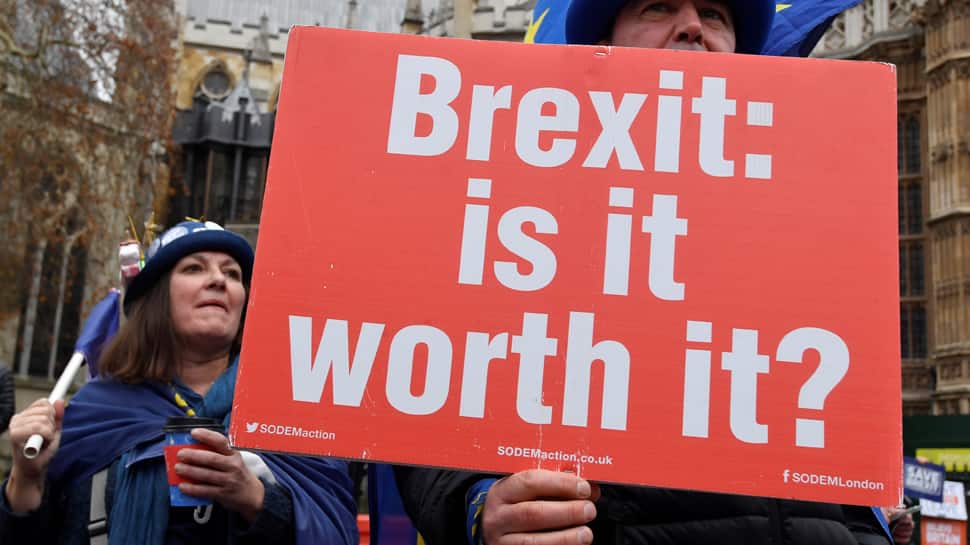 MANCHESTER: Finance minister Sajid Javid pledged on Monday to prepare Britain for a no-deal Brexit, saying the "full armoury of economic policy" would be on hand if needed. Speaking at his party`s annual conference in Manchester a month before Britain is due to leave the EU, Javid said he had asked his department to prepare a comprehensive economic response, working with the Bank of England.

Prime Minister Boris Johnson has split parliament, his party and the electorate by promising to deliver Brexit on Oct. 31, with or without a transition agreement - potentially risking food, medicine and fuel shortages. "I’ve tasked the Treasury with preparing a comprehensive economic response to support the economy, working closely with the Bank of England," he said. "We’re ready to draw on the full armoury of economic policy if needed." "Deal or no deal, we will be ready."

With an early election widely anticipated, Javid also tried to shift the focus to what he called "the people`s priorities" - issues the party believes matter more to voters in the long run. He said he wanted to raise incomes over the next five years, promising to "end low pay" by lowering the age at which a higher rate of minimum wages kick in, and increasing the target he wanted that wage to reach in coming years.

The government would set a target to raise the so-called National Living Wage to match two-thirds of median earnings, taking it to 10.50 pounds ($12.93) an hour, based on current forecasts, Javid said, up from 8.21 pounds an hour now. He estimated the move would benefit 4 million people. Javid also committed 5 billion pounds to improving fast broadband access in harder-to-reach parts of the country, announced a strategy to improve bus services, and set out how billions already set aside for road improvements will be spent.

After nearly a decade of deficit-reducing spending cuts under a Conservative-led government, the recently appointed Javid, a 49-year-old free markets advocate, has promised to rewrite the rules that underpin spending. The new mechanism to define spending and borrowing limits has not yet been agreed, but it is expected to allow higher levels of state-funded infrastructure investment. "We will be smart and responsible in the way we invest for the long-term," he said. "We can do this by taking advantage of incredibly low interest rates and borrowing-to-build, not borrowing-to-waste."

Britain is not scheduled to hold an election until 2022, but one is expected in the coming months. Johnson`s Conservatives have lost their majority in parliament and divisions over Brexit are paralysing policymaking. The government wants an election, but its opponents in parliament have refused to endorse one until a no-deal Brexit has been definitively ruled out.

Earlier, as Brexit dominated the day of conference usually set aside for fiscal announcements, Javid urged opposition lawmakers to call a vote of no-confidence in the government. Asked how the government would be able to get around a law designed to prevent Johnson leaving the EU without a deal, Javid said the prime minister was still aiming for an agreement and would not be announcing any alternative strategy in advance.

"Of course, every government should observe all laws at all times. We`re taking a careful look at that law, but we are also very clear that our policy has not changed - we will leave on Oct. 31st," he told the BBC. One architect of the law, rebel Conservative member of parliament Dominic Grieve, said he thought the law was fit for purpose. "If there were to be some dodge that the government would try to introduce, I think we could counter it."