The Fund was established in June 2017 to work with developing countries by providing assistance to projects that aim to implement the Sustainable Development Goals (SDGs), as per their request. It is a dedicated facility within the UN Fund for South-South Cooperation. 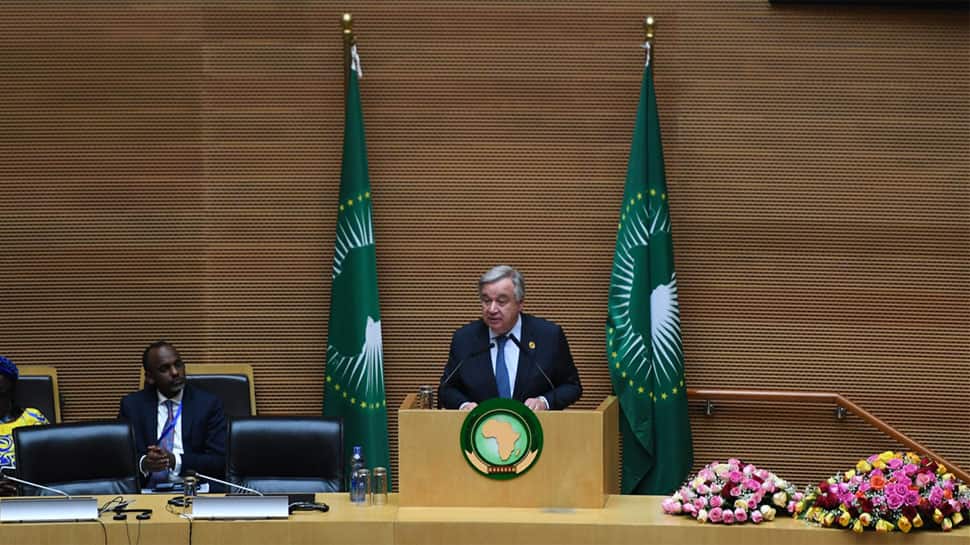 United Nations: Describing India as a "valued supporter" of South-South cooperation, UN chief Antonio Guterres has praised the India-UN Development Partnership Fund for "championing greater prosperity" for all through its myriad projects benefitting the least developed, landlocked and small island nations. India has also been at the forefront of our efforts to reform the UN Development System, the UN Secretary-General said.

"India is a valued supporter of South-South cooperation. The India-UN Development Partnership Fund is a welcome contribution that is championing greater prosperity and opportunity for all," Guterres said in his message. The message was read out on the occasion of the commemoration of the second anniversary of the India-UN Development Partnership Fund here Thursday organised by the Permanent Mission of India to the UN together with the UN Office for South-South Cooperation (UNOSSC).

Guterres said with its focus on 'Least Developed Countries', 'Landlocked Developing Countries' and 'Small Island Developing States', the Fund embodies the core promise of the 2030 Agenda to leave no one behind and reach those furthest behind first. He commended India for its "strong commitment to international cooperation, shared prosperity and the vision of 'One UN' as the world strives to advance the 2030 Agenda for Sustainable Development.

The Fund was established in June 2017 to work with developing countries by providing assistance to projects that aim to implement the Sustainable Development Goals (SDGs), as per their request. It is a dedicated facility within the UN Fund for South-South Cooperation.

It is managed by the UNOSSC and implemented in collaboration with the UN system. In the last two years, the Fund has developed a portfolio of 36 projects in partnership with 37 developing countries and 21 of these projects are under implementation with many nearing completion.

The Government of India has committed a total of USD 150 million for this Fund over the next decade to support projects that are in alignment with the 2030 Agenda. The amount includes 50 million dollars under a separate Commonwealth Window', which has been established with the aim of working specifically with Commonwealth developing countries to promote common understanding and shared interests.

The Fund adheres to the principles of South-South cooperation and places a priority on national ownership and leadership, equality, sustainability, development of local capacity, and mutual benefit. India's Permanent Representative to the UN Ambassador Syed Akbaruddin called the Fund a "start-up" effort at tangibly strengthening South-South cooperation at the UN.

"India's development cooperation is rooted in our social ethos, defined variously, but encompassed by the philosophy of Sarvodaya, meaning the development and progress of all'. Our working with fellow developing countries translates this philosophy into reality," he said.

Hailing India's contribution to advancing cooperation among developing countries through the Fund, United Nations Development Programme (UNDP) Administrator Achim Steiner said, ?Through its own development, India has so many lessons, so many technologies, so much to share.

"From the broader perspective of multilateralism, from the objective of strengthening South-South Cooperation, from the unique development attributes and assets that India has accumulated in its own remarkable path of development, to the way you have committed to work through the Fund," Steiner said.

Echoing the sentiment, Executive Director of United Nations Office for Project Services (UNOPS), the operational arm of the world body, Grete Faremo said India's experience with its own development can help inform development goals and aspirations of other southern countries.

President of the UN Economic and Social Council Inga Rhonda King said the Fund is a "shining example" of the 2030 Agenda and Southern-owned and led sustainable development. She added that the Fund has served numerous developing countries, including her own nation Saint Vincent and the Grenadines.

Speakers at the commemoration agreed that the India-UN Fund portfolio is a prime example of South-South and triangular cooperation with development projects and partnerships in Africa, Asia and the Pacific, Latin America and the Caribbean and Eastern Europe. Project sizes range from less than USD 500,000 to USD 1 million under the India Fund and USD 2 million under the Commonwealth Window.

The projects cover a range of SDGs/thematic areas including climate resilience, environmental sustainability, gender equality, renewable energy, improving women's and maternal health, water and sanitation, education, employment and livelihoods, disaster recovery and risk management, agricultural development and infrastructure. The Fund leverages the strengths of the UN system to implement projects at the country level, in close partnership with national governments.

"Over the past two years, we have seen the remarkable progress of the Fund in implementing the transformative commitments of the 2030 Agenda for Sustainable Development," UNOSSC Director and Envoy of the Secretary-General Jorge Chediek said.

India is partnering with UNOSSC, as the Fund Manager and Secretariat of the fund, because UNOSSC's global and UN-wide mandates allow for the office to respond to requests and implement projects through the various UN system agencies, funds, and programs.