Hundreds of people have taken to the streets across the enclave in "We want to live" demonstrations. 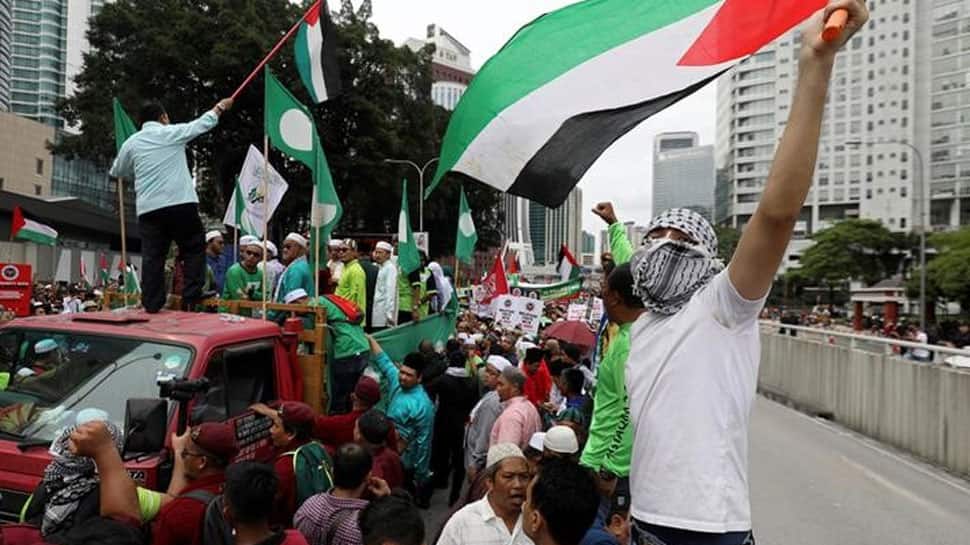 GAZA: A UN envoy condemned Gaza`s ruling Hamas group on Sunday for what he called its campaign of arrests and violence in confronting street protests over the past few days against high prices.

Hundreds of people have taken to the streets across the enclave in "We want to live" demonstrations. Human rights officials said dozens of people have been detained or hurt.

Cellular phone videos posted on social media showed Hamas security forces beating protesters with clubs, and gunshots could be heard. Tyres have been burned and rocks thrown at the Hamas men.

Nickolay Mladenov, the U.N. special coordinator for Middle East peace, said in a statement that "the long-suffering people Gaza" have a right to protest at "the dire economic situation" without fear of reprisal.

"I strongly condemn the campaign of arrests and violence used by Hamas security forces against protesters, including women and children, in Gaza over the past three days," he said.

Contacted by Reuters, a Hamas spokesman had no immediate comment on Mladenov`s remarks.

Most of Gaza`s two million people live in poverty. Its economy has been impacted by blockades by Israel and Egypt - with both countries citing security concerns - and disputes between Hamas and the West Bank-based Palestinian Authority.

Hamas has accused the security services of the rival Fatah movement, the main faction in the Palestinian Authority, of masterminding the protests in an attempt to weaken it. Fatah officials denied the allegation.

The Palestinian Authority has been imposing economic sanctions in Gaza to try to force Hamas, which seized the enclave in 2007, to implement a power-sharing agreement.

In his statement, Mladenov said he was particularly alarmed by "the brutal beating of journalists and staff from the Independent Commission for Human Rights (ICHR) and the raiding of homes".

Local rights groups said several of their employees were beaten or detained by Hamas police while monitoring the protests. Organisers of the demonstrations, who have kept their identities hidden from the public, said in a statement that protesters were exercising their right to freedom of expression under Palestinian law.

'You are safe now': Moments of heroism in Christchurch massacre