The Venezuelan Defence Ministry claimed that its air force sent several military aircraft including its Sukhoi Su-30 to intercept the EP-3E which left its airspace soon after the combat jets arrived. But the US Southern Command refuted Venezuela's charges and instead accused the South American country of sending its Su-30 to aggressively shadow the EP-3E aircraft. 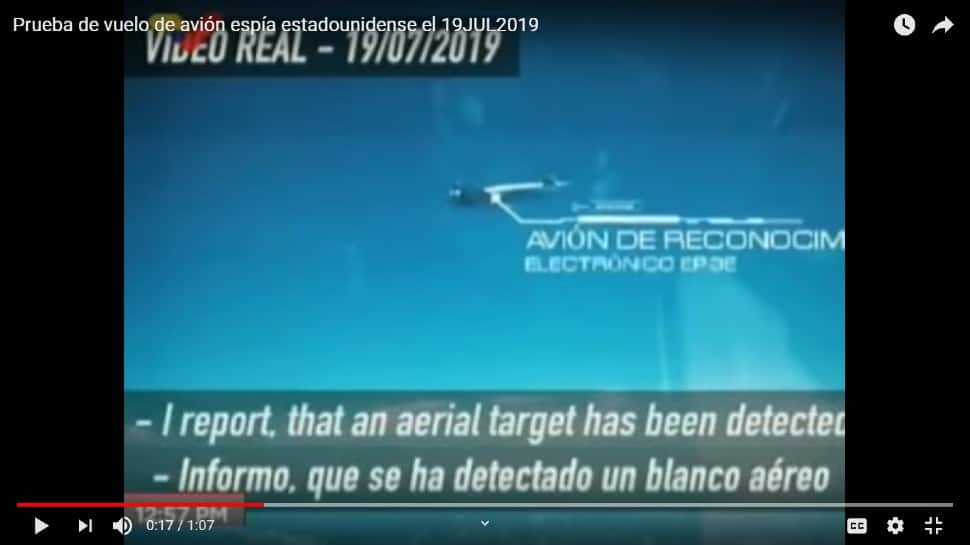 A screen grab of the US EP-3E plane which was intercepted by a Sukhoi Su-30 fighter of the Venezuelan Air Force. Photo Courtesy: Multimedio VTV
Share:
Written By:

Venezuela released a video on Tuesday in support of its claim that a spy plane of the United States of America had violated its air space forcing it to send a Sukhoi Su-30 fighter to intercept the aircraft. The 1:07-minute video shown by Venezuelan government-backed Multimedio VTV shows the US Lockheed EP-3E signals reconnaissance aircraft being intercepted by the Sukhoi Su-30 jet.

July 19th, 2019 09:52 Venezuelan legal time. It was detected by the Aerospace Defense System of the CEOFANB an electronic espionage and interception of telecommunications aircraft Model EP-3E from the USA," read the caption of the video. CEOFANB is the Strategic Command Operations of the Bolivarian National Armed Forces which is one of the six branches of the Venezuela armed forces.

The Venezuelan Defence Ministry claimed that its air force sent several military aircraft including its Sukhoi Su-30 to intercept the EP-3E which left its airspace soon after the combat jets arrived.

The EP-3E was flying on a multi-nationally approved mission in the international airspace over the Caribbean Sea when the Venezuelan Su-30 fighter started to follow the plane and also endangered its crew by its manoeuvres, claimed the US.

But Venezuela Communications and Information Minister Jorge Rodriguez on Monday countered the US claim by saying that its spay plane had violated his country's airspace for the second time in three days. “At this moment, the same or very similar aircraft is once again crossing into our zone of responsibility around the airport in Maiquetia near the capital Caracas," he said on Monday during a press briefing. He also added the US aircraft have violated Venezuela's airspace 78 times on 2019.