Patidar leader Hardik Patel, who has been on hunger strike for the last 15 days, was on Sunday discharged from a private hospital in Ahmedabad. 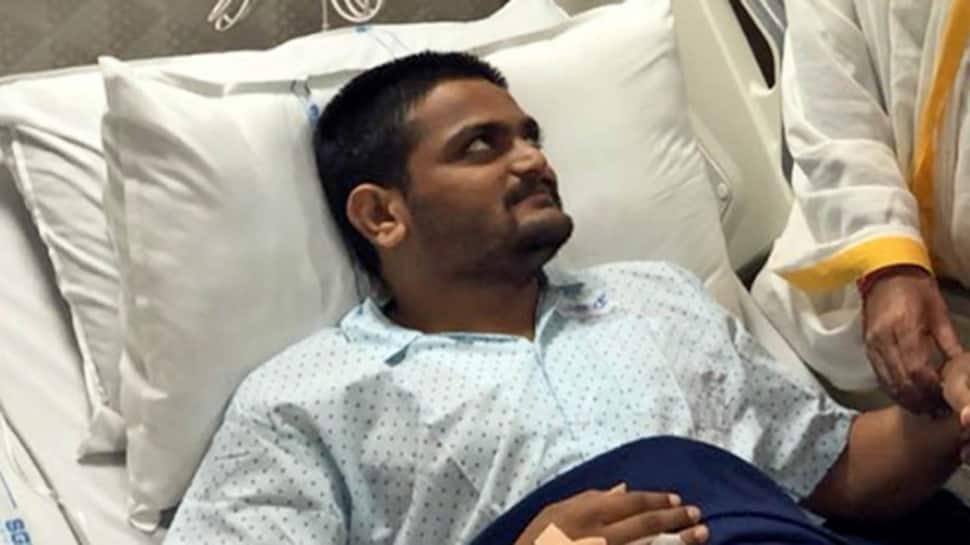 AHMEDABAD: Patidar leader Hardik Patel, who has been on hunger strike for the last 15 days, was on Sunday discharged from a private hospital in Ahmedabad.

He was then taken to his residence from where he is continuing his indefinite fast which entered the sixteenth day on Sunday.

Media persons following Hardik were stopped by police personnel deployed in large numbers on the road leading to his residence.

Some reporters were roughed up and baton charged by the police to prevent them from entering the residence of the Patidar leader.

Hardik launched his indefinite fast on August 25 from his house for reservation in government jobs and education for Patidars and loan waiver for farmers.

The 25-year-old quota spearhead was first shifted to the Sola Civil Hospital by his supporters on Friday as his health deteriorated, and later to the privately-run SGVP Holistic Hospital from where he was discharged Sunday.

He had continued his fast from the hospital bed.

Before he was discharged from the hospital, the Patidar Anamat Andolan Samiti (PAAS) leader told his supporters through a Facebook Live message that he would continue the hunger strike from his residence.

Hardik said he was firm on his demands which included a farm loan waiver, Patidar quota and release of PAAS member Alpesh Kathiriya who was arrested on the charge of sedition.

Hardik also alleged in a tweet that a police officer had threatened to kill him.

In the tweet, Hardik condemned the "attack" on media personnel.

He stated that the deployment of police personnel reminded him of "Angrez hukumat" (British Raaj) and that the scene appeared to be one from the "Wagha border" (between India and Pakistan).

Meanwhile, a large number of people from the Patidar community took out a march from Patan to Unjha, a distance of 30 kms, in Mehsana district in support of Hardik.

People walked from Patan to offer prayers to their family deity goddess Umiya at the temple located in Unjha.

Hardik's supporters had claimed that the government had not made any attempt in the last fortnight to negotiate with him.

As Hardik reached his residence, he was greeted with heavy police deployment at the entrance of the society where he resides.