Havildar T Chandra Babu, in the video, appeals to local officials and the public to help his mother from encroachers and help his family protect their land in Yellapally village near Tirupati. 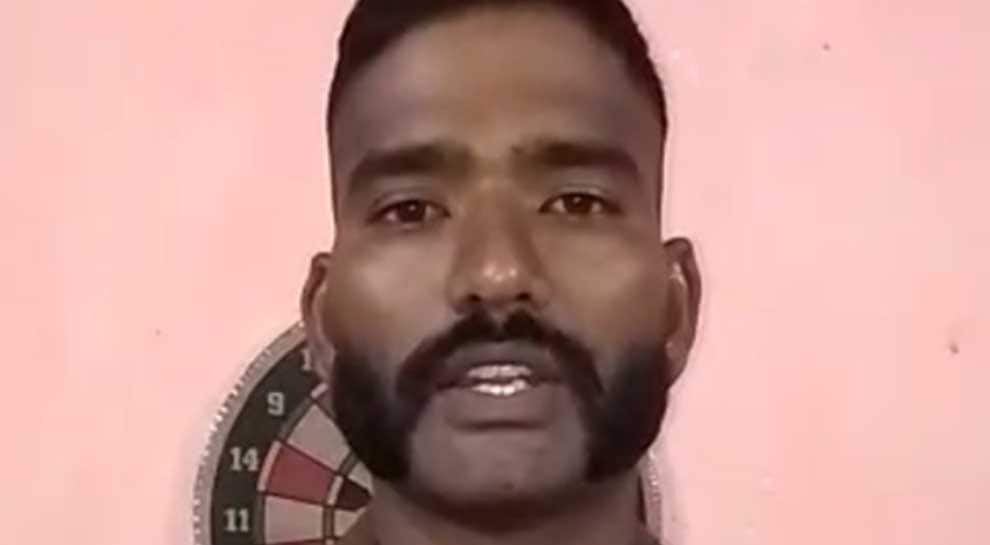 Chittoor: In a shocking development, an Army Havildar presumably working in a difficult place somewhere on the border has made a video selfie appealing officials and the public to help his mother and save their land from encroachment back in his village in Chittoor district of Andhra Pradesh.

Havildar T Chandra Babu, in the video, appeals to local officials and the public to help his mother from encroachers and help his family protect their land in Yellapally village near Tirupati.

Following is the transcript of his appeal in the video which Havildar T Chandra Babu has recorded.

``We belong to Yellapally village in Chittoor district of Andhra Pradesh. Since the last 17 years, I and my elder brother are working in the Army. In our village, two people- Shobhan and Sambasiva Naidu- have not only encroached our land but also registered it under their names. They have even threatened our mother who stays alone in the village of dire consequences. They have created fake documents also. I am appealing to officials and the general public to help us in this issue.''

Reiterating what he spoke in a selfie video, T.Chandra Babu told Zee Media the family has documents to prove that the land belongs to them. ``We have records from the time of our great grandfathers. Right next to our land is village land which is called ''gramakantham'' ( land belonging to the entire village- usually used for roads or for public amenities ). Both Shoban and Naidu have encroached that land and now want our piece of land too. Since many years they have been threatening our mother. As both I and my brother are on duty most of the time, we are not able to look into the issue,'' says T.Chandra Babu.

However, on the other hand, the local revenue officials who rushed to the village coming to know about Havildar's selfie video say there's no threat to their mother. ``Myself along with our local sub-inspector of police have come to this village and thoroughly inquired the issue. We have checked survey numbers, land records. In fact, Kuppamma, mother of Chandra Babu & Devendra owns three cents of land while another family member owns two cents of land. Nothing, according to us, is encroached upon. Kuppamma is answering in negative when she's asked whether anyone threatened her,'' discloses Bhavani, Mandal Revenue Officer, Chittoor District, Andhra Pradesh, to Zee Media while adding, ``both the complainants and accused are related to each other and they have family disputes over the land.''

Meanwhile, the Chittoor district collector has reportedly asked the concerned officials to submit a detailed report in this issue as soon as possible.