China develops its own 'Mother of All Bombs', smaller in size and lighter than the US one

The aerial bomb has been developed by China's defence industry giant – NORINCO. 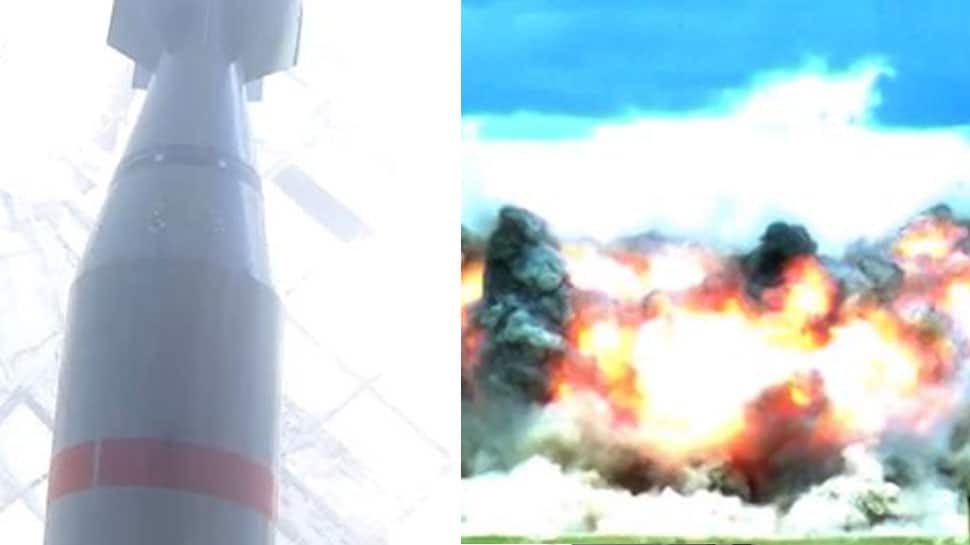 BEJING: Throwing a major challenge to the United States, China has come out of its own version of the 'Mother-of-All-Bombs' developed by the Americans several years ago.

According to the state-run Global Times, the massive new bomb developed by China is the country's largest non-nuclear bomb.

The aerial bomb has been developed by China's defence industry giant – NORINCO, which showcased it for the first time recently.

The bomb has been dubbed as the Chinese version of the "Mother of All Bombs" due to its huge destructive potential that is claimed to be only second to nuclear weapons, the daily said.

China North Industries Group Corporation Limited (NORINCO) also posted a promotional video on its website showcasing the bomb at the end of December.

The bomb, which was air-dropped by an H-6K bomber, caused a gigantic explosion, according to the promotional video posted by NORINCO.

This is probably for the first time that the destructive powers of the country's new bomb have been shown in public.

The Chinese bomb, weighing several tonnes, is smaller and lighter than the US one, enabling it to be deployed on the H-6K bomber, according to military experts.

Last year, while waging war against terrorists in Afghanistan, the US military dropped a GBU-43/B Massive Ordnance Air Blast (MOAB) weapon, more commonly known as the "Mother of All Bombs," on the Islamic State.

Although China is using the same nickname for its bomb, said to weigh several tonnes, the Chinese weapon is smaller and lighter than its American counterpart.

Judging from the video and the size of the H-6K's bomb bay, the bomb is approximately five to six meters long, Beijing-based military analyst Wei Dongxu was quoted as saying by 0the Global Times.

"The massive blast can easily and completely wipe out fortified ground targets such as reinforced buildings, bastions and defence shelters," Wei said.

It can also be used to clear a landing zone for troops on helicopters to rappel down, in case the area is covered by obstacles such as forests, the Beijing-based military analyst said.

"The US bomb is so large that it has to be carried by a larger transport aircraft rather than a bomber," Wei said, noting that a bomber can fly faster and is better at targeting than a transport aircraft, and the Chinese bomb's designer must have had this in mind when it produced the bomb to fit the H-6K.

Interestingly, to match feat with the US weapon, the Russians had developed the "Father of All Bombs" which is both bigger and thermobaric, meaning it uses gas to create a huge fireball rather than a shockwave.