BJP helping the rich get richer: Priyanka Gandhi in Pakur rally in Jharkhand

Talking about the anti-CAA protest in Jamia Nagar, Delhi, Priyanka Gandhi Vadra said, ''In Delhi when students raised their voice, police lathi-charged them. Across the country, students have hit the streets in protest against it.'' 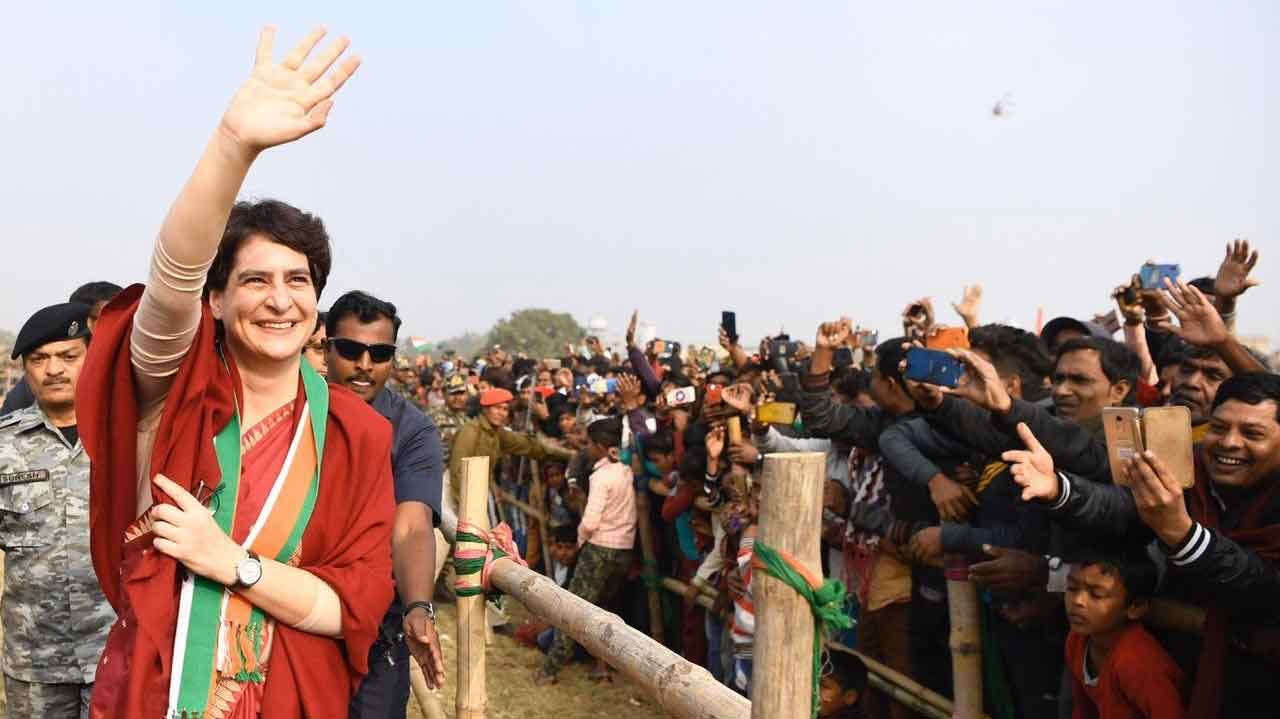 Pakur: Ahead of the fifth phase assembly election in Jharkhand Priyanka Gandhi Vadra addressed a rally in Pakur on Wednesday. She targeted the BJP government over several issues including the protest against the Citizenship Amendment Act.

Priyanka said that the BJP government did nothing for the poor but helped the rich become richer. In her address she said, ''BJP government took away land from the poor and gave it to the rich. BJP is land bank for their rich friends.''

Taking reference of Uttar Pradesh, Priyanka said, '' UP government did nothing when there was injustice done to the tribals of Sonbhardra. Congress would never do the same.'' She added, ''Preserving the culture of the tribals is the sole motive of the Congress party.''

Slamming the Raghubar Das-led-government, Priyanka said that nearly 12 lakh people's rashn card has been canceled in Jharkhand, the poor used to get 35-kilo ration during the Congress tenure but that was reduced to five kilos in BJP government.

Talking about the anti-CAA protest in Jamia Nagar, Delhi, Priyanka Gandhi Vadra said, ''In Delhi when students raised their voice, police lathi-charged them. Across the country, students have hit the streets in protest against it.''

Priyanka was aggressively attacking the government and asked them to provide details of their work done in the last five years. Priyanka said, ''The current government has failed in every aspect be it in generating employment, economic growth, farmers' condition or women safety. ''

December 18 was the last day for campaigning ahead of the fifth phase election scheduled to take place on December 20. Rajmahal, Boiro, Barhait, Litipara, Pakur, Maheshpur, Sikaripara, Dumka, Jama, Jarmundi, Nala, Jamtara, Sarath, Poreyahat, Godda, Mahagama will be going on polls in the fifth phase. Results to be declared on December 23.