Government has delivered on promises made on One Rank One Pension: JP Nadda

BJP national working president J P Nadda said that the BJP`s manifesto for Haryana is a pragmatic paper hence it is doable. 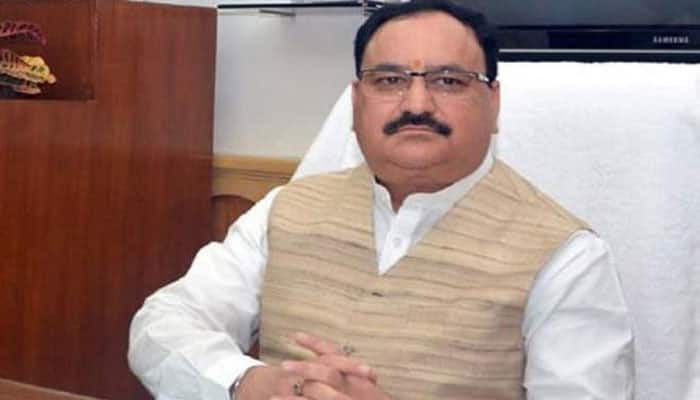 BJP National Working President JP Nadda on Sunday said that the government has delivered on its promises made with regards to One Rank One Pension (OROP). "In Haryana, every family has a member in the armed forces. Prime Minister Narendra Modi had said in Rewari that OROP scheme would be implemented by the government. Rs 12,000 crore has been disbursed for this provision and 22 lakh cases have been addressed in this regard without any pendency," he said.

Nadda was addressing a program during the release of the BJP manifesto for the October 21 Haryana Assembly elections. "Within five years, the armed forces have been equipped with 36 Rafale jets, 28 Apache helicopters, 6 submarines with nuclear weapon carrying capacity, 1.86 lakh bulletproof jackets, 83 Tejas aircraft which are replacing MiG-21 aircrafts. This has been done to substantiate the `Jai Jawan` idea," he added.

The manifesto for Haryana assembly polls was released here today. Nadda said that the BJP`s manifesto is a pragmatic paper hence it is doable. He added that the Manohar Lal Khattar government had changed the image of Haryana with its work in the past five years and the change extended beyond cosmetic change to a fundamental change in the political culture of the state.

"The image of Haryana earlier was projected as a symbol of corruption and nepotism. Today, the image of Haryana has changed because of the transparent governance provided by the Khattar government," he said. The national working president of BJP said that for bolstering the `Jai Kisan` idea, Pradhanmantri Kisan Samman Nidhi has been initiated to give Rs 6,000 annually to 14 crore farmers across the country.

Speaking on healthcare and provisions made in this regard, Nadda said: "For healthcare, 2000 health and wellness centres will be opened in the state to prevent ailments of the people. To address the curative part, the central government has opened an AIIMS in Haryana and medical colleges have been opened in all the districts of the state. The country`s biggest cancer centre, National Cancer Institute made at a cost of Rs 2,052 crore has been planned in Haryana."