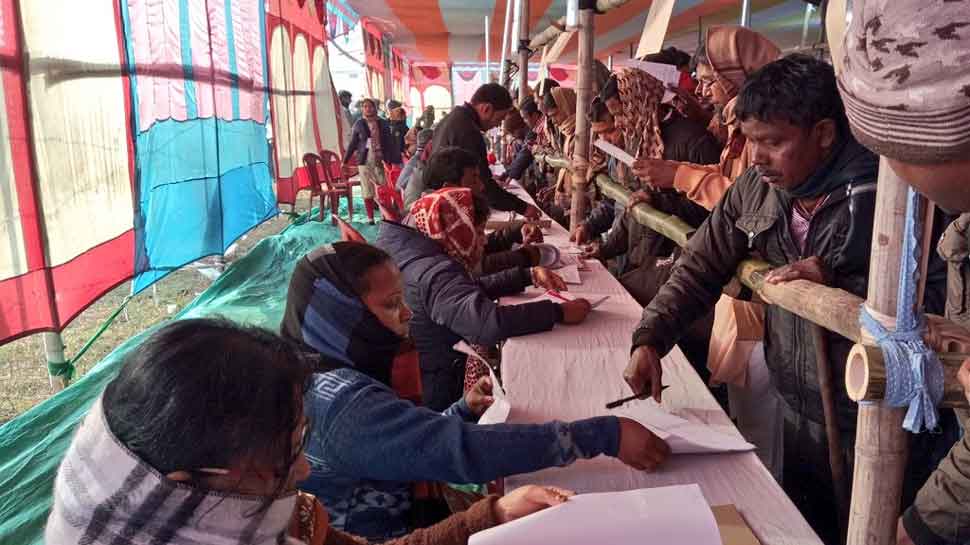 The election in Jharkhand was held in five-phases from November 30 - December 20. Notably, the Congress-JMM-RJD won an absolute majority by winning 47 seats in 81-member Jharkhand Assembly, the results of which were declared on Monday. JMM won 30 seats, Congress 16, RJD one, BJP 25, Jharkhand Vikas Morcha (Prajatantrik) three, AJSU two, Communist Party of India (Marxist-Leninist) (Liberation) one, NCP one and independents two.

The Jamshedpur East seat caught eyeballs as there was a neck-and-neck fight between the incumbent CM Raghubar Das and rival Saryu Roy. However, Saryu Roy managed to emerge victorious with a margin of 15833 votes.

In 2014, the BJP had a clear majority in the House with 37 seats, while its ally AJSU managed to win five Assembly seats. The JVM (P) and Congress settled on six each and Jharkhand Mukti Morcha (JMM) registered victory on 19 seats. The other parties including the Bahujan Samaj Party (BSP), Communist Party of India (Marxist–Leninist) Liberation, Jharkhand Party (Jhapa), Marxist Coordination Committee, Jai Bharat Samanta Party, Navjawan Sangharsh Morcha secured one seat each.

This was the fourth Assembly election in Jharkhand since the state was carved out of Bihar in 2000. The counting of votes started at 8 AM on Monday (December 23).

According to the Election Commission of India, the approximate voter turnout for all the 81 assembly constituencies across the five phases was 65.17 percent as compared to the 66.53 percent recorded in the 2014 elections.