Fate of incumbent Chief Minister Raghubar Das will be decided on Monday as the results of the Jharkhand Assembly election are expected to be declared in the state, where the ruling Bharatiya Janata Party (BJP) is facing a stiff electoral challenge from the Jharkhand Mukti Morcha (JMM)-led alliance. Going by the exit polls, emulating the success it got in the 2014 elections, could be an uphill task for the BJP. 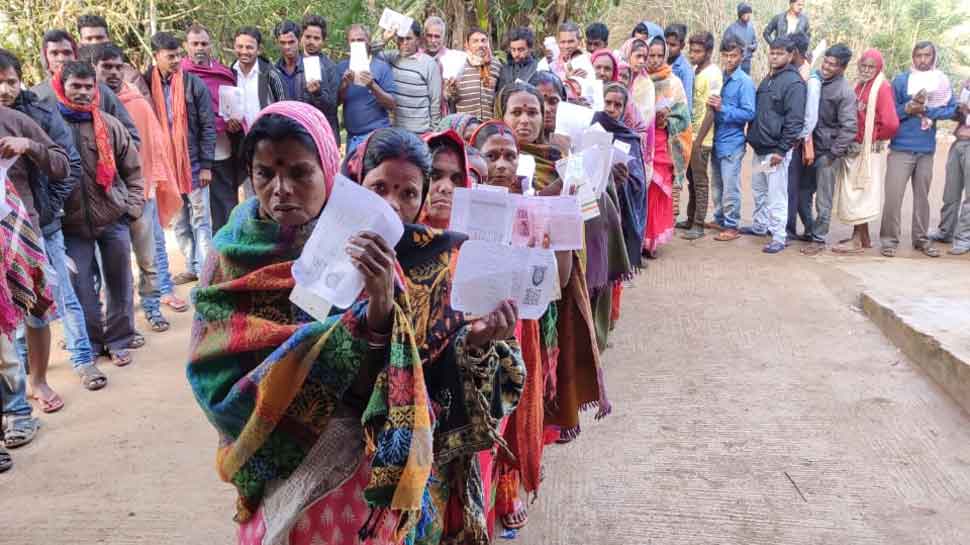 Ranchi: Fate of incumbent Chief Minister Raghubar Das will be decided on Monday as the results of the Jharkhand Assembly election are expected to be declared in the state, where the ruling Bharatiya Janata Party (BJP) is facing a stiff electoral challenge from the Jharkhand Mukti Morcha (JMM)-led alliance. Going by the exit polls, emulating the success it got in the 2014 elections, could be an uphill task for the BJP.

The state went to polls for 81 Assembly seats in five phases from November 30 to December 20. The counting of votes will start at 8 am today in all 24 district headquarters amid tight security. Jharkhand is the third-BJP ruled state which has gone to polls this year. This election is crucial for BJP as it has already lost power in Maharashtra, and in Haryana, it managed to secure its government after entering into a post-poll alliance with Dushyant Chautala`s Jannayak Janata Party.BJP, JMM, Congress, Rashtriya Janata Dal (RJD), All Jharkhand Students` Union (AJSU) and Jharkhand Vikas Morcha - Prajatantrik (JVM-P) are the main political parties in the fray.

Raghubar Das took oath as Chief Minister in 2014 after the BJP won 37 seats and stitched an alliance with AJSU, which had won 5 seats. However, AJSU broke ties with BJP and is contesting the current elections solo. Under the leadership of JMM chief Hemant Soren, Congress and RJD have come together to oust BJP from power. While the JMM has fielded candidates in 43 seats, the Congress and the RJD are fighting for 31 and seven seats, respectively. The ruling party has fielded its candidates in 79 out of the 81 seats. BJP has not fielded any candidate against All Jharkhand Students` Union`s (AJSU`s) Sudesh Mahto, and is supporting a candidate in the remaining one constituency.

Raghubar Das is contesting the polls from Jamshedpur East against his ex-cabinet colleague Saryu Rai (who is fighting as an independent) and Congress candidate Gourav Vallabh.Former Chief Minister Hemant Soren is in the fray from two seats - Dumka and Barhet. BJP has pitted Women and Child Development Minister Louis Marandi in Dumka against Soren. Among other big leaders are AJSU President Sudesh Mahto, who lost the 2014 Assembly poll, and is trying his luck again from Silli seat and former Chief Minister and JVM-P chief Babulal Marandi who is fighting from Dhanwar Assembly seat.

In Lok Sabha elections held earlier this year, BJP bagged 11 seats out of 14 in the state. The exits polls have indicated a marginal advantage to the JMM-led alliance and have pointed towards a hung Assembly. According to the ABP/C-Voter exit poll, JMM, Congress, and RJD will retain 35 seats. It has, however, given 32 seats to the ruling BJP, 5 to AJSU and three to the Jharkhand Vikas Morcha (Prajatantrik) and six to others.

India Today-Axis My India shows that the BJP is going to trail behind the Congress. It has given JMM-led opposition between 38 and 50 seats and the BJP between 22 and 32 seats. It has predicted 3 to 5 seats for the AJSU, 2 to 4 seats for the JVM-P, and 4 to 7 seats to others. In case of a hung Assembly, AJSU and Jharkhand Vikas Morcha -Prajatantrik could be calling the shots. According to the Election Commission of India, the approximate voter turnout for all the 81 Assembly constituencies across the five phases was 65.17 percent as compared to the 66.53 percent recorded in the 2014 elections.

The tenure of the current Assembly ends on January 5, 2020. This is the fourth Assembly election in Jharkhand since the state was carved out of Bihar in 2000. In 2014, the BJP, which won 37 seats, formed the government along with AJSU, which had won 5 seats.