Amid the ongoing political slugfest between Bharatiya Janata Party (BJP) and Shiv Sena over government formation in Maharashtra, sources claimed on Monday that the Congress and Nationalist Congress Party (NCP) are planning to support Shiv Sena to form the government in the state. 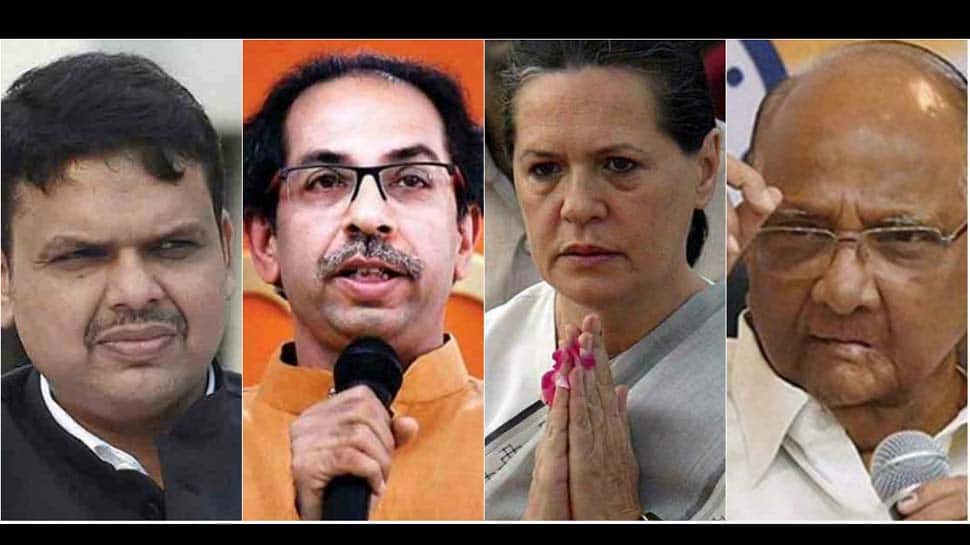 Amid the ongoing political slugfest between Bharatiya Janata Party (BJP) and Shiv Sena over government formation in Maharashtra, sources claimed on Monday that the Congress and Nationalist Congress Party (NCP) are planning to support Shiv Sena to form the government in the state.

Sources said that the hint over this major development first surfaced after the meeting of Congress interim president Sonia Gandhi and NCP chief Sharad Pawar in Delhi on Monday (November 4). Pawar is scheduled to reach Mumbai at around 2 PM and he will meet NCP MLAs to hold discussions over extending support to Shiv Sena. According to sources, NCP will join the Shiv Sena-led government in the state, while the Congress will provide outside support to the government.

Sources said that NCP is in favour of backing Shiv Sena to form the government but Congress is still in dilemma over this matter and the party is not showing any interest in talks over this matter. Sonia Gandhi told Pawar on Monday that the Congress-NCP lack the requisite number to form the government but she is open to discussing the matter of government formation with Shiv Sena in future. Sources close to Congress leaders said that the party is unwilling to support Shiv Sena because of its strong ideological differences with Uddhav Thackeray-led party.

It is to be noted that the results for 288-member Maharashtra Assembly were declared on October 24  but no party or alliance has staked claim to form the government so far. Though the BJP and Shiv Sena contested as allies and they have a comfortable majority to form the government, the two parties have been bickering over the post of the chief minister. The Shiv Sena is putting pressure on the BJP to implement the 50:50 formula in the new government.

As per the 50:50 formula - which Shiv Sena claimed was agreed upon by Shah and Shiv Sena chief Uddhav Thackeray before 2019 Lok Sabha poll - the position of the chief minister should rotate between the two parties for 2.5 years. The BJP is reluctant to accept Sena's demand and the party has made it clear that only Devendra Fadnavis will become the new chief minister of Maharashtra.

The BJP finished as the single largest party in the state with 105 seats, while the Shiv Sena managed to win 56 seats. Together, the BJP and Shiv Sena have 161 seats, which is much more than the halfway mark of 144 seats needed to form the government in Maharashtra. On the other hand, the NCP has won 54 seats and its ally Congress finished at fourth place with 44 seats in its kitty.