Sharad Pawar-led National Congress Party (NCP) is ready to extend support to Shiv Sena to form government in Maharashtra, according to Zee Media sources. In the power sharing arrangement, the NCP and Shiv Sena will form a coalition government while the Congress will extend the support from outside. 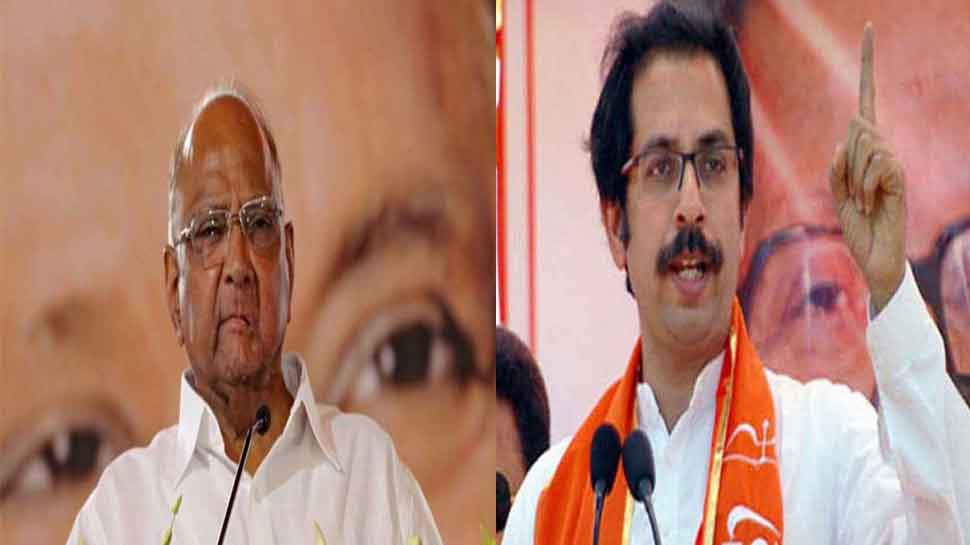 MUMBAI: Sharad Pawar-led National Congress Party (NCP) is ready to extend support to Shiv Sena to form government in Maharashtra, according to Zee Media sources. In the power sharing arrangement, the NCP and Shiv Sena will form a coalition government while the Congress will extend the support from outside.

The final call between the two parties will be taken in a couple of days. It is likely that Pawar and Congress chief could finalise the alliance by Monday.

The Congress MLAs from Maharashtra who are staying in Jaipur will opiniate on taking the call to support Shiv Sena on Sunday and submit their report to party chief Sonia, who will then take the final decision after consultation with the senior leadership.

According to Zee Media sources, Sharad Pawar will take the opinion of the newly-elected legislators of his party on the decision to support Shiv Sena at an all-party meeting of NCP on Tuesday.

The development comes even as Maharashtra Governor Bhagat Singh Koshyari on Saturday invited acting Chief Minister Devendra Fadnavis, leader of the single largest party BJP, to indicate its willingness to form the government in the state and prove majority by Monday. Fadnavis is the legislature party leader of the BJP, which is the single largest party after bagging 105 seats in the state after the recently-held assembly election in Maharashtra.

However, if the BJP is not able to prove the majority on the floor of the house, the Governor may ask Shiv Sena, the second-largest party in the state with 56 seats the same. If the coalition between the Shiv Sena and NCP is finalised, the party is expected to rake in the support of a total of 163 MLAS-- which includes MLAS from the Shiv Sena (56), Independents (7), NCP (54), and the Congress (44).

In case, the Shiv Sena also fails to prove the majority in the house, the Governor will approach the third-largest party and so on. If, however, no party is able to prove a majority so as to form the government, the state will then go to President's rule.

The Shiv Sena alliance needs the support of a minimum of 145 MLAs to prove their majority on the floor of the house in 288-member assembly.

Sharad Pawar is likely to meet Sonia Gandhi after finalising talks within his party and it is expected that the Shiv Sena-NCP-Congress alliance may be announced by November 12 to stake the claim to form the government in Maharashtra.

Reacting to the Governor's invitation, Fadnavis on Saturday said that the party will soon take a decision and inform the Raj Bhawan. However, as per sources, the BJP is most likely to decline the Governor's offer and will convey its inability to form the government in the state. The sources added that senior party leaders will meet the BJP Core Committee on Sunday and will take a decision on the government formation in Maharashtra.

If Shiv Sena votes against BJP in House, will consider support them: NCP president Nawab Malik