A former champion, Sindhu claimed a win over Malvika, who was a gold medallist at the South Asian U-21 Championship in Nepal and a runner-up at the Khelo India Games. 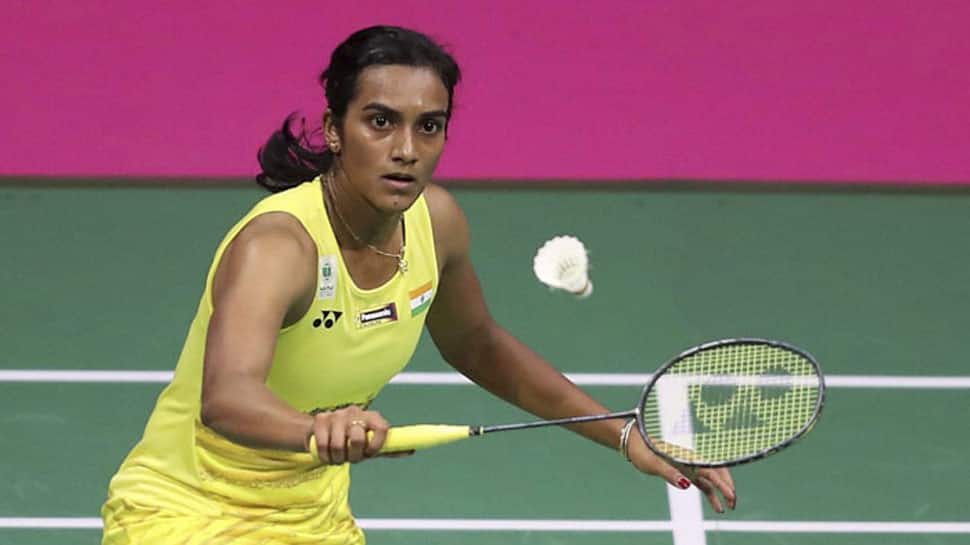 A former champion, Sindhu took time to get into the groove before claiming a 21-11, 21-13 win over Malvika, who was a gold medallist at the South Asian U-21 Championship in Nepal and a runner-up at the Khelo India Games.

Like last year, the top eight players of the competition on the combined basis of world and domestic rankings were given direct entry into the singles pre-quarterfinals for which a Super Draw was held on Wednesday night.

Malvika made a dream start, moving to a 4-0 lead. Soon Sindhu, clawed her way back to level the scores with a push at the back court.

Sindhu eventually grabbed a 11-7 advantage at the break. She continued to force the younger shuttler to commit errors.

At 19-11, Sindhu unleashed a couple of smashes to seal the first game. In the second game, Sindhu was ahead 9-2 with Malvika committing unforced errors.

The Hyderabadi then went to the break with a 11-4 lead.

Malvika played well in the rallies but lacked the finishing touch, committing unforced errors as Sindhu eventually wrapped up her pre-quarterfinal match in 35 minutes with a precise return at the forecourt.

Indian shuttlers get tough draw at All England Championship